Path to success as a city manager

How to sustain a long-term partnership with council

For many first-time city managers, the early days of their careers are met with plenty of goodwill shared. Much of this positivity flows from their new bosses at city hall. But it also comes from members of the community who are expecting big things to come.

The honeymoon period will eventually end, and challenges will inevitably come along. Given that reality, Patricia Martel has a piece of advice for all first-time managers.

“An adage often shared among colleagues in the profession is that city councils love you until they don’t,” she said. “Remember you weren’t hired to have all the answers. Don’t be afraid to say that you don’t know something.”

Martel shared this message during the 2020 ICMA virtual conference. She was speaking in a session focused on sustaining a long-term relationship between councils and city managers. Martel knows well the challenges of this relationship. She is a retired city manager from California who spent 38 years working as an executive in five local governments.

She also knows a great deal about ICMA, currently serving as its West Coast Regional Director. Before that she served as ICMA’s 102nd president in 2016.

“The relationship between the city council and its manager is a partnership that serves your organization and the community,” she said. “Although council members and city managers can and do disagree over a variety of different issues when the honeymoon period is over, you can sustain the positive relationship you created when you were hired by focusing on the shared goal of making the best decisions possible for the community you serve.”

How does a new city manager go about building strong relationships? There are a few key elements to working with elected officials over the long term. Martel said the first priority is mastering the “nuts and bolts” of being a strong leader within both the organization and the community.

Civility and communication are significant factors in developing an effective council-manager partnership. Respectful discussions that model civility sets a positive tone. This is true for council meetings and council-manager interactions. So too does projecting a professional image. This inspires confidence among residents, staff, and community stakeholders.

Clear communication is essential to a positive and productive relationship, Martel said. When faced with a controversial issue, it’s important for city managers to listen.

“Listen more than talk. Ask good questions to gain understanding and demonstrate your commitment to hearing all sides, all perspectives,” Martel said. “If you don’t understand, ask more questions and be certain about what it is that you’ve heard.”

Besides listening, Martel explained there are several things that enhance communication with council. Making time with individual council members is important. This helps forge strong, personal, and professional connections that can provide good insights. It is an opportunity, she said, to ask them their thoughts on issues that you’re working on. Also, ask for input from them on what their constituents may be saying. And let them ask questions and pay close attention to what they’re asking.

Over time, Martel said, a manager’s perceptions and perspective is going to change on the nature of the job. As such, it is important to ask yourself from time to time why you’re recommending certain strategic actions.

“It can help you better understand your own motivations. And have you be more in touch with your emotional intelligence,” she said. “Are there self-serving reasons for you to take a certain position? Or are you aligning yourself with priorities heard from others?”

Technical skills are often the comfort zone for managers to focus on delivering results. Managers who have achieved their lofty position tend to want to be hands on, to do things themselves. But, she added, 90 percent of success in leadership is due to emotional intelligence. Those are the soft skills, the people skills, the personal skills. Martel said 80 percent of management failures are due to low emotional intelligence. This is the idea of understanding the capacity for recognizing your own feelings and how they impact those around you.

So what are the qualities referred to as emotional intelligence?

Self-awareness is important – knowing your emotions, your strengths, your weaknesses. It is also knowing the goals you feel strongly about and how they impact other people.

Another quality is self-regulation. This means controlling or redirecting any kind of disruptive behaviours. That means being able to be in touch with things that may be having a negative impact on people.

Motivation, Martel said, is about the drive to achieve. This is the hallmark of motivation or passion for the work that is being done while always seeking new challenges. Empathy is about considering other people’s feelings, especially when making decisions. This is key in relationships with council members, as well as with other team members.

And finally social skill, which is about managing relationships. This is important in moving people in desired directions. It’s about how you get from where you are in the midst of a disagreement to the end where you must take decisive action. It’s the ability to be open, to listen, and then put into practice what you’ve gained in emotional insight while helping to move people where they need to be.

“It’s about being able to lead change. It’s being able to persuade people to move in a different direction,” Martel said. “It’s also very much about building and leading teams.”

Be Accountable When Mistakes Happen

In spite of all the best efforts city managers will make in their careers, mistakes will happen. How people deal with them, Martel said, is what reflects your character and integrity.

“Owning your mistakes is going to enhance your council relationships by demonstrating that you are, number one, accountable. That you’re transparent. That you have integrity, and that you can own your mistakes,” Martel said. “You can be the big person who will not wait to be asked about it, but be forthcoming. Accepting responsibility really builds bridges and trust with your council members and helps to improve your ability to better serve the public.”

This also stands true when the mistake was a public one. In this case, Martel explained, a public response can strengthen the public’s trust as well. Taking such a step can also help model the behaviour that managers expect from their staff.

There are going to be ups and downs in the council-manager relationship. But the key is, over time, for managers to ensure they are building on a solid foundation that will ensure and sustain that relationship.

“Remember that no relationship is easy. But with work, it continues to become stronger,” she said. “Your success as a city manager, leading your city organization, is also dependent on the partnership that you’ve established with your elected officials and your staff. Your staff success is the team’s success. So share it generously.”  MW

Municipal World Insider and Executive Members: You might also be interested in Dr. Robert Long’s article: Why so many mayor-CAO relationships fail. Note that you can now access the complete collection of past articles (and more) from your membership dashboard. 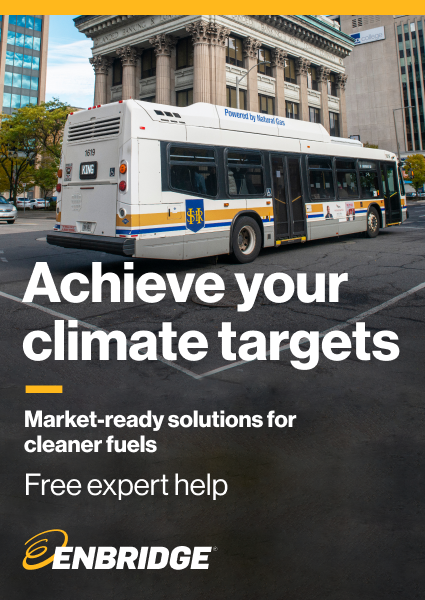