by George B. Cuff
in Governance 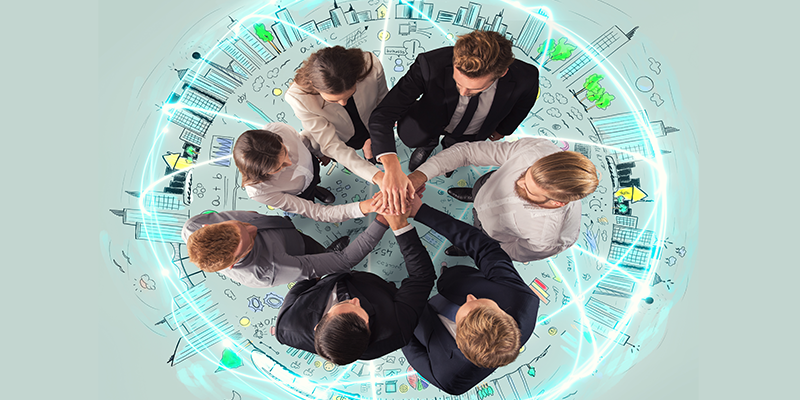 One of the most significant issues facing any council is how they interrelate with their chief administrative officer (CAO). While this issue varies from council to council, and from term to term, it is almost inevitable that issues will arise in this very important relationship unless particular attention is paid to the key signals.

Signals the Relationship has Frayed

There is no end of signals. While I would like to think that I have witnessed or heard about most, I realize that the relationship between each new council and/or CAO can produce other signals that may be easily missed. Such signals include:

One of the techniques I have recommended is a council-CAO covenant that simply draws together into one place the various commitments that a council should be prepared to make to their chief administrative officer and, conversely, the commitments that ought to be a part of the “sign on” process of any CAO. While these do not have the legislative weight of the contract and by-law, they speak to issues that will surely become germane or central to the relationship that will unfold. Such a covenant is proactive: it recognizes that there will inevitably be issues of dispute between a council and its senior advisor, and that, without contemplating these, the fact that they occur at all might be viewed with more credence (and surprise) than need be.

A covenant tries to identify the basis of some of these issues and to agree in advance to what actions and attitudes are deemed by all to be appropriate and helpful. Such a document will never be fully inclusive, nor will it anticipate every situation. But, it can be a useful start.

What should a council covenant?

Council members ought to be prepared to covenant with each other and with their CAO that they will:

3. Review the background information and advice made available by the administration prior to rendering a decision. (This suggests two critical aspects: first, that the administration are capable of providing comprehensive and forthright analysis of a situation and clearly-written advice on what course of action the council should take; and second, that the council members are sufficiently competent and committed to actually read the materials prepared for them and think through their consequences.)

4. Seek further input when they are unsure of the issues, or uncertain as to the preferred course of action. (This implies that the council members will not rush to judgment but will check on questions relating to policy issues that may not be sufficiently clear before committing to a resolution; thus, councillors would be loathe to commit themselves to any course of action until the actual council meeting wherein such determinations are to be made.)

5. Refer any complaints, either written or verbal, about the decisions of council or the actions of administration, to the CAO for review, comment and follow-up (as appropriate). (Council members acknowledge that complaints will be raised with them by various forms of media and that there is a reasonable process whereby they can be heard without alarm; council members agree that referring such matters to the CAO – or to another senior level staff member if so agreed – is a reasonable course of action. Council members will thus refrain from exaggerating such complaints as if there was a hallelujah chorus of the public behind each complaint.)

6. Refrain from making any commitments on behalf of council to individual citizens or groups, other than to take the request up with the council or CAO and to respond appropriately. (Council members thus acknowledge their limitations, as imposed by legislation; that individually they cannot make any such commitments without breaking both the law and council’s own protocols.)

7. Seek to participate actively in the decision-making process. (Democracy works if the elected members agree to participate; councillors agree that, while each does not have to speak to every issue, each has an obligation to express aloud to other members of council why they will not support a particular resolution.)

9. Act as good stewards of the municipality and as public servants of the citizenry through ethical conduct. (All members of council realize the expectation of the public that their elected representatives will hold themselves accountable for ethical standards that may be above that expected of the general populace; councillors will thus encourage their independent auditor to examine their actions from time to time to ensure that decisions pertaining to possible conflicts of interest, pecuniary benefit, or personal expense accounts are all handled within the approved policies of the council.)

10. Provide effective leadership by guiding the corporation and the municipality through annual or longer-term goals and priorities, and through the budget approval process, and by agreeing to reasonable policies which reflect, in their view, the best interests of a majority of our citizens. (Council members are expected to lead through a thoughtful process of examination of the challenges before the community and the best and most logical steps to a successful conclusion; council members agree to participate in an annual process of corporate planning and to abide by the results of such a process as they will be used to guide the business plan and budget development processes of the municipality.

11. Ensure that there is a formal evaluation of the performance of the CAO at least once annually, and involve the CAO in this process so as to ensure a full understanding of the council’s candid assessment. (A key part of the covenant with the CAO is the commitment to regularly evaluate the work of the CAO in light of council’s expectations, as well as the achievement of the CAO’s stated objectives; this process is undertaken in a planned, sober-minded way that all can agree is enveloped with sincerity and a desire to seek improvement.)

What have I missed? I may have inadvertently overlooked a number of issues that could be included in this “covenant.” These items that are included reflect my perspective and experience relative to the key issues that can arise and befuddle what should be cherished as the key and core relationship between a council and its CAO.  MW

A version of this article was published in Municipal World, April 2010

✯ Municipal World Insider and Executive Members: You might also be interested in the full version of this article or in George’s followup article: The Covenant of a Chief Administrative Officer. Note that you can now access the complete collection of past articles (and more) from your membership dashboard.

George B. Cuff, FCMC, our governance zone expert, has been involved in local government in one way or another since 1970. He has been a recreation and youth specialist, a department head, a mayor for 12 years and a consultant/advisor to municipalities since 1976. He is the author of Off the Cuff: A Collection of Writings by George B. Cuff, Volumes 1 and 2; and Making a Difference: Cuff’s Guide for Municipal Leaders, Volumes 1 and 2, published by Municipal World, as well as dozens of magazine articles and columns in Municipal World since 1984.