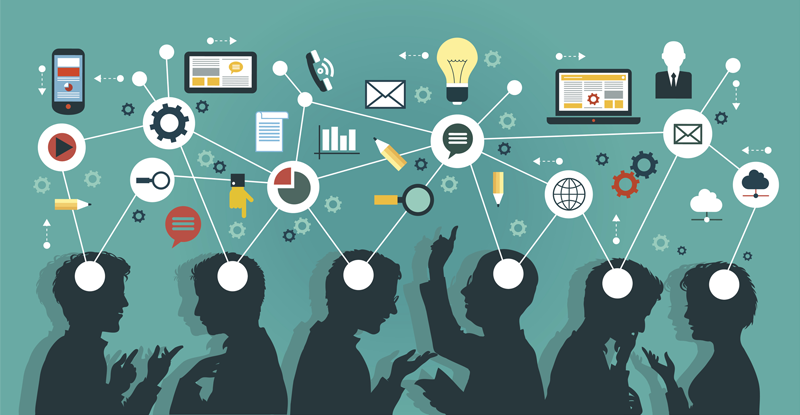 International Right to Know Day was marked back in September. The day celebrates the right of individual access to information held by public bodies. It also recognizes the benefits of transparent, accessible government.

As such, it was an ideal day for the Information and Privacy Commissioner of Ontario (IPC) to launch its Transparency Challenge. The challenge calls upon public institutions to share their innovative projects or programs that improve government transparency.

“Transparency is absolutely critical to healthy democracy. People have a right to know the kinds of decisions and actions that are taken – and understand how it impacts them, their communities, and the general public,” said Patricia Kosseim, Ontario’s Information and Privacy Commissioner. “Transparency promotes public trust, civic engagement, and information is ultimately at the core of holding up the strong pillars of a healthy democracy.”

The IPC is seeking creative examples that modernize and improve government transparency. They should also promote civic engagement and show how open data can have a tangible and positive impact on Ontarians.

Some of these examples will be featured in the IPC’s Transparency Showcase. The showcase will take place in mid-2023 and serve as an inspiration for others. Institutions are encouraged to use visuals or videos and tell how their initiative improves the lives of residents.

Kosseim said the hope is that municipalities will get excited about the challenge and rise to the challenge. The IPC will collect, curate, and celebrate these transparency projects and programs.

The commissioner said the intent of the showcase is to illustrate compelling examples of municipal transparency and encourage others toward greater openness. It’s also, she adds, a way to increase awareness of how open data can improve the day-to-day lives of Ontarians.

Increasing that awareness is essential, Kosseim said, as Ontarians aren’t always well-equipped when it comes to conversations around transparency.

“We could do a lot better. Transparency is often equated with the FOI (Freedom of Information) system,” Kosseim said. “A lot of burdens are put on that system as opposed to thinking more proactively about how public institutions can be transparent. And that’s where I think we can do a lot better.”

Further details on the Transparency Challenge are on the IPC’s website. The submission period closes January 13, 2023.

Kosseim said IPC staff are excited about the Transparency Challenge. The hope, she adds, is that public institutions will be as well.

The challenge, she said, is “a great opportunity” to uncover some of the best-in-class examples that are out there. These examples can then encourage and inspire others through the IPC showcase. The hope, Kosseim said, is that those same institutions will be inspired to follow these best practices.

Many municipal councils often find themselves in conflict with the notion of transparency. Kosseim said the reason for this conflict is that councils often feel a discomfort around transparency. She added that there’s a fear of being embarrassed by something that came out in the public eye. But that isn’t a reason to not practice transparency whenever possible.

“I think it’s a good muscle when you exercise it. You get used to it and you strengthen your resilience, and ultimately you become better as a public servant in your role, and in supporting your community, by being open and transparent,” Kosseim said. “Ultimately, that breeds the public trust that will allow you to go on and do all the things that you’ve been entrusted to do. So, transparency could be a great friend of public service if it’s given a fair shake.”

Kosseim said she is “optimistic” about how well the challenge will do. Her hope is that all public institutions in Ontario that are trying to be transparent are going to want to talk about their efforts. They will, in turn, want to highlight those initiatives to a wider audience.

Several institutions, Kosseim said, have contacted her office about the challenge. The general sentiment is: “Oh, this is exciting. Good for you. Good for the IPC for launching this. We want to put in a submission.” As such, she is hopeful that they will follow through with their submissions.

There is of course an added benefit to the challenge. Municipal governments, by their nature, hate reinventing the wheel. As such, Kosseim hopes the people that see these initiatives will learn from them and borrow heavily from them.

“And why not? We’re all in public service. There’s no great intellectual property or secrecy here. We’re all in to share and to learn from one another and to build on one another,” Kosseim said. “So as public institutions, we should be proud and willing to share examples and help our fellow institutions in coming along and raising the game for everybody. I’m optimistic. We’re going to get some great submissions.”

Kosseim is hopeful the Transparency Challenge will become a regular event. And should institutions across the province get excited by this year’s showcase, there could be interest in expanding it beyond Ontario.

IPC could look at holding the showcase in partnership with other jurisdictions across Canada. This would allow for a greater breadth of examples for the challenge.

The commissioner is also hopeful it won’t only be public institutions that get excited about the challenge. Transparency is important for municipalities. But there is a question whether the public thinks a lot about it.

Kosseim said she expects that when the public sees examples that have real, concrete outcomes, they will get behind the challenge as well.

“That’s what the beauty of open data – open government – can really show. With open government data, there’s some creative things going on out there,” she said. “For instance, to improve how health services are distributed, how vaccine programs and testing was distributed during the pandemic, how to locate or know what streets have been plowed following a snowstorm. There are multitude of examples where I think if we show Ontarians all the good things that come out of open data sets, and the creative uses being made of it, that will create not only a demand, but an excitement for more of it.”  MW

✯ Municipal World Insider and Executive Members: You might also be interested in Else Khoury’s article: The public interest override.