by Jodi Lastman
in Parks and Recreation, Public Participation 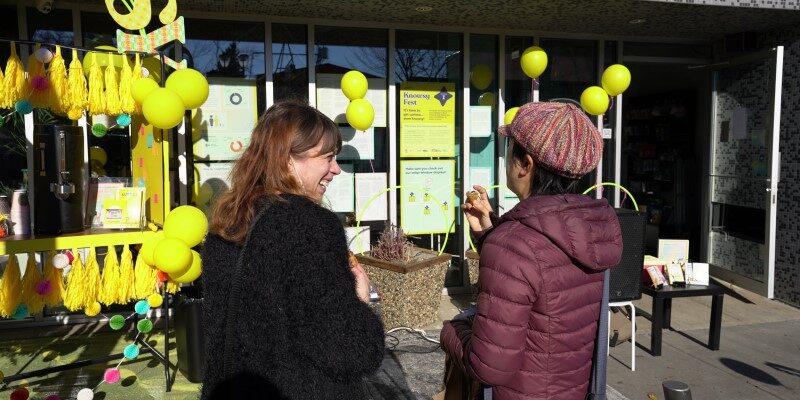 This election season, several Canadian municipalities are anticipating lower voter turnout than ever. It’s a disconcerting trend for Jacquie Newman, a political science professor at Western University. “Most of what happens at the municipality level is going to have a real impact on your life,” Newman said.

We’re also seeing startlingly few candidates running for municipal office in cities like Toronto. “This is a symptom of an ailing democracy with low social capital,” said urbanist and researcher Josh Fullan. “People are burned out to their core by the pandemic and the growing list of things that simply don’t function as they should – internet and cellular coverage, water fountains in parks, four-hour lineups for sundry services.”

These trends indicate that Canadians feel a disconcerting sense of powerlessness when it comes to the human-scale touchpoints people engage with in their daily lives. Park People’s 2022 Canadian City Parks Report surveyed more than 3,000 urban Canadians. And, while Canadians value their parks more than ever before, the vast majority of respondents reported feeling a lack of agency about influencing decisions about city parks.

The survey found a dismal 22 percent of city residents reported feeling they “have a voice” in their local parks. Further, 48 percent of respondents who say they are unsure how to get involved in their park identify as members of racialized groups, compared to 36 percent who identify as white.

Grassroots park engagement can be a powerful on-ramp to civic engagement. Want to learn about how the city council works? Host a movie night or advocate for a new skating rink in your park. Parks are the most visible and tangible places where residents directly engage with political power structures. They are also where residents can exercise agency and feel they have a meaningful stake in collective outcomes. On the flip side, complex or impenetrable bureaucratic structures undermine an individual’s sense of agency and personal power. As activist and author Dave Meslin aptly says, “It’s hard to change the world if you can’t change a municipal by-law.”

Case studies featured throughout the report demonstrate how to build positive relationships with municipal power structures, heal fractured relationships, and boost civic engagement in parks. In the report’s survey of 30 Canadian municipalities, 92 percent of cities reported that COVID-19 changed the way they engage communities on park projects, with 35 percent reporting that the pandemic sparked more intentional outreach to equity-deserving groups.

Innovative models for trust-building featured in the report demonstrate how we can repair relationships, redistribute power, and foster a greater sense of civic agency in our cities.

The report highlights how Toronto Island Park Master Plan built in a pre-engagement phase to give residents a say in the engagement process itself.

To understand what Toronto Island park engagement should look like, the master plan team met with community organizations, Indigenous partners, and several departments across the city. Meetings between the city and the Mississaugas of the Credit First Nation (MCFN) and other Indigenous partners who recognize the island as a sacred place of healing and ceremony led to important changes in the planned engagement process. For example, as a result of listening and early engagement, the city embedded ceremony into the engagement activities.

As the report highlights, Lori Ellis, Project Officer of Strategic Projects with the City of Toronto, acknowledged that the pre-engagement process took time, but added “It’s worth its weight in gold in regards to building that foundation of trust and transparency.”

Edmonton’s RECOVER Urban Wellness Initiative piloted creative models for engaging with equity-deserving communities. One of the initiative’s city-supported prototypes is based in community-driven storytelling and sense-making. This approach is a deliberate shift away from city-driven data collection toward deep listening and relationship building.

To collect community stories, the city hired a team of 10 Local Listeners – community members living in Edmonton’s Alberta Avenue neighbourhood. The listeners collected over 150 stories from the community, which were then shared back at a public event called Knowsy Fest. The festival, a literal celebration of community knowledge, invited residents to interpret the stories and mine them for concrete ideas for street-level changes.

RECOVER places connection as the center its engagement process, which fundamentally changes the relationship between the City of Edmonton and the residents it serves. RECOVER’s approach is to “create environments where connections can flourish, both on the small scale, between individuals, and on the larger scale, through policy change at the institutional and systemic levels.”

Another powerful approach featured in the report is participatory budgeting, which gives residents a direct route to decision making about park investments. However, like many engagement strategies, participatory budgeting requires a nuanced understanding of community needs, contexts, and dynamics. As is a recurring topic in the report, doing this work takes time and deliberate focus.

For example, the Montreal Urban Ecology Centre’s $10-million participatory budgeting program with the City of Montreal engages residents that are too often left out of consultation processes – namely non-citizens and youth over 12. In the end, the team found that youth and non-citizens welcomed the opportunity to be involved, representing about one-fourth of all those who directly voted for projects in their communities.

Isabelle Gaudette, the Coordinator for Participatory Processes for the Montreal Urban Ecology Centre, addressed the importance of building transparency, fairness, and inclusion into every step. For example, to avoid setting up participatory budgeting as a contest between neighbourhoods and reinforcing unequal access to power structures, Gaudette recommends prioritizing projects that activate and improve multiple parks. This way collaboration, connectivity, and equity are embedded in the selections. She also recommends processes from community development settings, such as having a diverse steering committee to build trust and ensure projects align projects with identified community needs.

Insights and lessons from the 2022 Canadian City Parks Report show how parks can play a stronger role in building and healing people’s relationships with frontline municipal power structures in cities. Taking the time to listen deeply, cultivate trust, and establish collaborative outcomes requires cities to invest time and resources to foster meaningful engagement. But this investment has implications that extend beyond our parks and can help build stronger civic and political engagement, which we need for healthy, thriving democracies.  MW

✯ Municipal World Insider and Executive Members: You might also be interested in Cynthia Graham’s article: How COVID-19 made parks essential to healthy cities.

Jodi Lastman is the Director of Marketing with Park People.