The December 2013 ice storm created several hardships for the residents within the Halton Region, says Town of Milton director of recreation Doug Sampano. In response to this event, Halton initiated a program to establish a Primary Emergency Response Centre (PERC) in each of the region’s four municipalities. The region included a budgeted amount to purchase and install a standby generator at each facility. For Milton, the Milton Sports Centre became the designated PERC.

Powering Up For When Emergency Strikes

The facility is a 190,000 square-foot, single-storey recreational facility consisting of four ice rinks, an aquatic centre, gymnasiums, and multi-function rooms – much larger than the requirements for a typical PERC. The electrical loads of the building are higher than typical for a recreational facility. Electrical consumption/demand is relatively high due to the two refrigeration plants that supply the four ice pads. The building’s spaces are heated by a combination of four gas-fired hot water boilers, multiple gas-fired rooftop units, and gas-fired tube heaters in the rinks.

As a PERC, it is highly desirable to have power, and heating and cooling, during extended grid outages. To meet the minimum requirements for the space designated as essential for emergency response, the facility required just over 600 kilowatts of emergency backup power. The town wanted to sustain as much of the building as possible during a power outage, so it approved the installation of: 500 kilowatts of roof-mounted solar panels, a combined heat and power (CHP) system with absorption chilling, as well as a secondary gas-fired generator and two 100-ton Yazaki water-fired chillers, each drawing 2.5 amps of power.

Thermal energy generated during electrical production is usually lost in the form of waste heat. However, at the Milton site, it will be captured and recycled. It will be used for energy-demanding heating processes, such as space heating and the production of hot water. Two Yazaki 100-ton absorption chillers capable of using waste heat were installed to help maximize the use of thermal energy and increase the overall thermal efficiency of the CHP system.

One key challenge was trying to install the piping while the facility was operational. Because the interconnection of the hydro or heating/cooling facility required an interruption for the whole building, much of the work needed considerable coordination. The lengthy interruptions had to wait until the hockey players were off the ice (the facility has year-long ice) past midnight and before the next day activities started at 6 a.m.

Another challenge was just working in tight quarters, especially in the trailer and ceilings.

Trigeneration is a variant of cogeneration, where the same fuel is used for power generation, heating, and cooling. The combination of the renewable energy from solar panels, along with the output of the CHP and generator, will be enough to power the total building for an extended period. In addition to the alternate sources of electrical power, the sports centre will benefit from a dramatic reduction in its energy costs while also cutting its carbon footprint. It’s a win for town finances and the environment.

The project is also a win for Halton Region, for the Town of Milton, and – most importantly – the residents of Milton, particularly in the event of another emergency. MW

as published in Municipal World, August 2019

✯ Municipal World Insider and Executive Members: You might also be interested in Dianne Saxe’s article: Facing the inevitable: Building your community’s climate resilience. Note that you can now access the complete collection of past articles (and more) from your membership dashboard.

Patrick Hale is Vice President of Yazaki Energy Systems Inc. and has been serving the HVAC industry for over 40 years as an applications engineering specialist.

Rethinking the message for water conservation

by Nader Shureih
in Environment, Sustainability 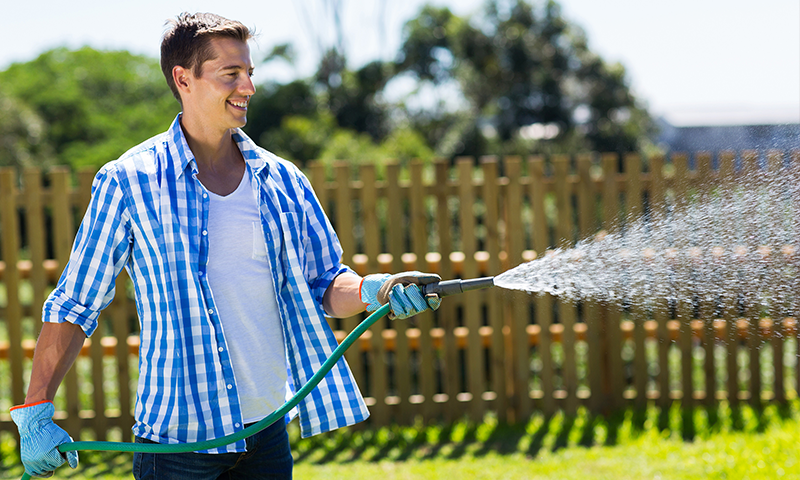