The City of Stratford is currently updating its Official Plan. As part of the process, all the necessary public consultations will be conducted this year. Then, following this fall’s Ontario municipal elections, the incoming city council will ratify the new plan.

As a political veteran, Stratford Mayor Dan Mathieson knows this process well. In particular, it represents a critical time of renewal for any community. But in this case, it also signaled to him that this was the right time for the city to move forward with someone else at the helm.

Right Time to Step Aside

On December 29, 2021, Mathieson announced that he wouldn’t be seeking re-election. After almost three decades in public service, and 19 years as mayor, Mathieson made the decision to step away. His decision, in large part, stemmed from what Mathieson said he was – and wasn’t – prepared to do in the years ahead.

Staying on to help steer the new plan meant committing to at least four, if not eight, more years in the mayor’s office. That was something Mathieson knew he wasn’t prepared to do. And with that in mind, this was the right time to step away. That said, it wasn’t his only reason for a political retirement.

“You sit back and think this is the time for new opportunities and challenges for yourself. To take a different pace in life. To do something differently when you have the health and ability to do so,” Mathieson said. “And the community gets the renewal that it needs, too. Let’s not ever diminish community across this province and country, and everywhere needs renewal in its leadership. I’m no different. My time’s probably come, and it is time for someone else to step forward.”

Since Mathieson’s announcement he has allowed himself some time for introspection. Mathieson said that he can think of many significant council achievements over the years. But there is one thing he considers to be key for any of the city’s major accomplishments.

Mathieson said that council has achieved its best results through a collaborative approach. This has included any number of initiatives, whether social or economic. These collaborations have included everything from community groups to senior orders of government to partner municipalities from across the region. These efforts, he adds, have led to decisions that achieved the best results for the community.

Like any good parent, Mathieson said it would be impossible to pick one achievement as his favourite. In fact, in short order, he is able to name a half-dozen, including:

As proud as he is of these accomplishments, Mathieson is quick to credit what he says made them all possible. Mathieson is a self-described “big fan” of municipal government. After all – and he says this with pride – he can leave his office on any day and drive right past any number of these achievements.

These results are even more impressive given the obstacles Mathieson says municipalities face. Municipalities own more than 60 percent of the infrastructure in Canada. But even so, they only receive some four percent of the tax revenue. Also, municipal governments in Ontario are not eligible to run a deficit.

But even with these challenges, Mathieson celebrates local governments for delivering the services that touch people’s lives every day. Of course, Mathieson can’t hide from the public either. They see him at the arena, in line at the grocery store, or even walking down the street. Local government, he explains, is where “the real-life decisions are made.”

Given this daily reality, Mathieson said there is a constant weight on his shoulders.

“People ask me what it’s like. Some days it is a daunting task. Right now, a good example across this country is the mental health crisis that many people are so suffering from because of the pandemic,” Mathieson said. “I take great stress in worrying about people that are homeless and living rough on our streets. All those issues. If you don’t care about the people (as a member of council), you’re probably not in the right job.”

Advice for the Politically Inspired

Given his background, Mathieson is no stranger to people seeking his advice. When asked about politics, he often points people to the famous “The Man in the Arena” quote from former US president Theodore Roosevelt. Roosevelt noted, “It is not the critic who counts; not the man who points out how the strong man stumbles; or where the doer of deeds could have done them better. The credit belongs to the man who is actually in the arena.”

Mathieson sums up the rest of Roosevelt’s wisdom with, “If someone is going to get in the political arena, they’ve got to bring ideas and energy. You have to be willing to collaborate and work cooperatively. You have to be willing to make the best decision in the long-term interests to the community.” If it’s about popularity, Mathieson added, then he advises people to “pick another hobby.”

Mathieson credits another piece of political wisdom to one of his mentors, former Stratford mayor Ted Blowes.

“He said you needed to listen a lot and speak selectively. But when you’ve clearly got all the information, be prepared to make the decision. That really stuck with me,” Mathieson said. “And the other thing he told me is get out and see the people where they’re at. Don’t miss that opportunity. That’s really where you find the solutions. People want to be heard.”

Over the years, the tools of community engagement have changed. Most significantly today, he explains, is how social media has become both a tool and a curse. And he has certainly heard from both sides of this particular divide. But that doesn’t mean he won’t miss the political arena. In fact, the thing he is going to miss the most is having the opportunity to represent the community. Mathieson said that he always felt a sense of pride in being able to say he was representing the people of Stratford.

Family, Golf, and What Comes Next

Mathieson is looking forward to what comes next. That particular question is one he has faced many times over the past several months. But whenever asked, Mathieson says that his time to make that decision is still off in the distance.

Besides getting more active, Mathieson wants to look into how he might collaborate with the many community organizations he supports. Then there is the opportunity to be at home more often and to be an active member of his family again.

“First and foremost, will be to take the opportunity to rest and re-engage with family and friends in a new and deeper way,” Mathieson said. “My daughter is 22 years of age. My son is 19. They have known their father as nothing other than the mayor over that whole time. It’ll just be different to have more time with them and my wife, Carolyn. I’m looking forward to that.”  MW 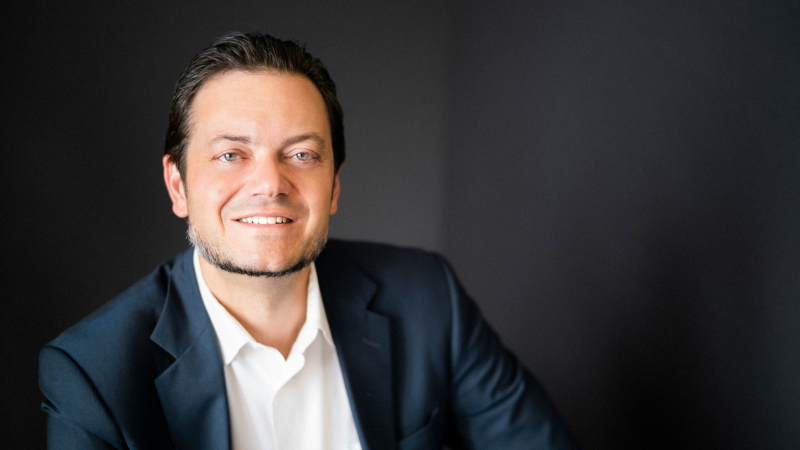