by Kirby Oudekerk
in Energy, Sustainability 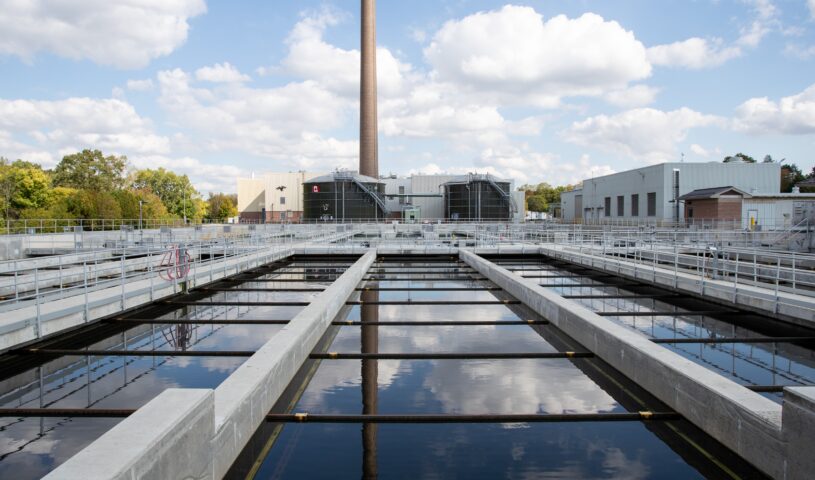 This system is the first of its kind in Canada, and represents the largest single effort undertaken by the city to cut energy use in its facilities.

To put it simply, the ORC system turns heat generated by burning sewage sludge into electricity. The power generated is expected to reduce electricity costs at Greenway by over $600,000 per year, and the reduced energy use cuts the city’s GHG emissions by approximately 800 tonnes a year – the equivalent of taking 200 cars off the road.

Wastewater is an unavoidable product of human activity, and it has the potential to cause significant harm to human health and the environment if left untreated. The development of sewage collection and treatment techniques has been identified by some as one of the most significant advancements for the protection of human health.1

However, the provision of this essential service represents a significant cost to municipalities and consumes enormous amounts of energy. For example, wastewater treatment in London costs more than $100 million annually and accounts for approximately 30 percent of the total electricity consumed by the city’s facilities and infrastructure.

The city operates five wastewater treatment plants. Together, these plants treated more than 71 billion litres of wastewater in 2020. The treatment process generates over 17,000 dry tonnes of waste solids annually, and this waste requires safe disposal.

Typically, these solids are dewatered and incinerated at Greenway Wastewater Treatment Plant. A by-product of the incineration process is heat that was lost through the facility’s exhaust stack. Some of this heat had been captured and used to heat areas of the plant, but the remaining wasted heat energy represented an opportunity for the city.

At Greenway, the significant amount of heat that was wasted represented a free energy source to drive the ORC power production cycle. 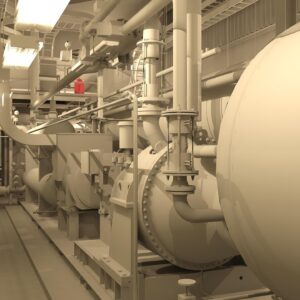 A rendering of the Organic Rankine Cycle system before its arrival and installation in London. Photo: City of London 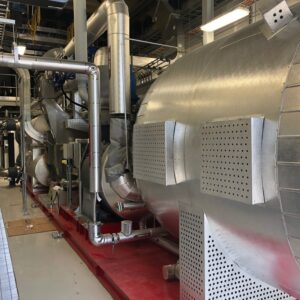 Organic Rankine Cycle system installed and in operation in 2021. Photo: City of London

After traveling from northern Italy by truck, ship, and rail, the ORC system arrived in London in 2019. However, installation was completed in 2021 after challenges during construction and the COVID-19 pandemic. The ORC became operational in October 2021.

Through the initial weeks of its projected 20-year operational life, the ORC has exceeded early expectations, generating between 700 and 800 kilowatts of electricity. Considering the 150 to 200 kilowatts of power consumed by the various systems required to operate the ORC, the net result is 500 to 650 kilowatts of electrical production derived from the previously wasted heat discharged by the treatment plant’s incinerator.

This power has the potential to displace over a quarter of Greenway’s average electrical distribution grid demand and save the city an estimated $600,000 per year in electricity costs.

Another benefit of the ORC-generated power is a reduction of GHG emissions. In 2019, the city declared a Climate Emergency and began to develop a Climate Emergency Action Plan (CEAP). Among other things, the CEAP laid out a commitment to pursue net-zero strategies. Renewable energy sources, such as waste solids from wastewater treatment, form a necessary component of this plan. Since the heat source for the ORC stems from an existing and necessary process, rather than from burning new fossil fuels, the ORC helps displace the GHG emissions generated by the Ontario power grid.

Offsetting electrical power consumption provides an operational savings of $600,000 and a simple payback of over 33 years against the $20 million installation cost.

London leveraged multiple sources of funding that brought the payback within 20 years. These funding sources included:

The $9.5 million of external funding improved the business case further so that the payback period is reduced to only 17.5 years. The improved payback period, along with the ORC system’s ability to contribute to energy reduction and future net-zero operations, supported city council’s decision to proceed with this transformative project.

Looking toward the Future

Above: Watch a video tour of London’s Greenway Wastewater Treatment Plant and learn more about the Organic Rankine Cycle.

The ORC system at Greenway is the culmination of almost 10 years of planning, procurement, design, and construction. It was an ambitious project that involved many partners. With the ORC system now operational, the City of London has a piece of infrastructure that is expected to provide ongoing benefits for its residents and the environment for years to come.  MW

Kirby Oudekerk, MPA, P.Eng. is the Division Manager in the Wastewater Treatment Operations Division at the City of London.