The high cost of wobbling and indecision

by Peter de Jager
in Management 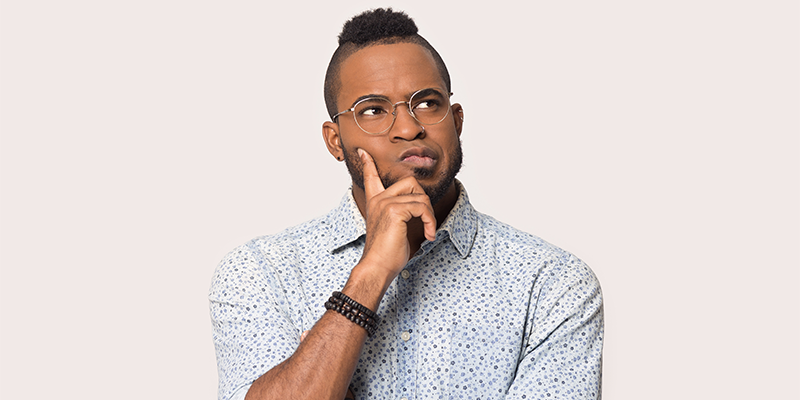 Until we decide, nothing happens. We’re stuck in a self-imposed limbo; we’re wobbling aimlessly, and the world moves on without us.

Decisions precede all action and are a never-ending necessity. Even when we make the wrong decision, we’ve moved from where we were to a new place. When we stop deciding – for whatever reason – we’ve stopped moving. We might as well not exist. It’s a bleak, but accurate observation. The article you’re reading is an example of this observation. I’ve run into the writer’s nemesis – a blank piece of paper. It’s been sitting in front of me, snickering at me, mockingly, for the last two days. Dozens of ideas have entered my thoughts during that time – things I’d like to write about; but, when I check the 150+ columns I’ve penned for Municipal World over the years, I find I already wrote that article, sometimes with the exact same title or lead off paragraph. The deadline still looms, and action is still required. I need to decide. To act.

Whenever I run up against the blank piece of paper – I’ve been writing for some 35 years now, so it’s not an unfamiliar occurrence – I am painfully aware that part of the reason for the blankness is the fear that I have nothing more worth saying. That terrifies me. So, as long as I put off putting pen to paper, then I can avoid the proof that I have nothing provocative, interesting, insightful, or amusing to say. Inaction is our safe zone … a non-productive safe zone, but a safe place for our fragile egos to cower nonetheless.

I doubt I’m alone in that pointless thought process. Indecision has become an Olympic sport. Organizations revel in it, I might as well join the crowd.

There’s an irony embedded in our troubled decision-making process. When the difference between two choices is crystal clear, it’s easy to make a decision. Anyone can do it, no great decision-making skill is required. The data points to the decision – just follow the dots. It’s when there is little difference between the two possible paths that things get sticky. Which one is the “right” one?

When there’s little difference between two (or more) options, then any choice is as close to the right decision as the available information allows. Flip a coin. Decide. Act. Move onto the next task.

But, we don’t. The fear of being wrong plunges us into indecision limbo, and we grind to a halt. We stop being useful to ourselves and our organizations until we can haul ourselves out of that pit of inaction.

As if all of these decision-making realities weren’t enough, we’ve added a new wrinkle to the weebly wobble. Under the banner of “fiscal responsibility,” we’ve started to hoard the authority to decide in the upper levels of management. This has a consequence.

It means that the decision-making process is funneled through a smaller and smaller handful of upper managers. This means these good folks have less time to assess the information presented to them. So, they ask for summaries of the pertinent facts – which means that the information is filtered through several biases. If they have time to make decisions, they’re making them on less than complete data. Because they have so many decisions to make, the decisions might not be as well thought out and are usually made at the last minute, if at all. Wobble … Wobble … Wobble.

Decision making is a personal process. No brilliant nuggets of wisdom will make anyone a better decision maker. Sometimes, you just have to put your fears of being less than perfect aside and decide it’s time to act.  MW

✯ Municipal World Insider and Executive Members: You might also be interested in other articles by Peter de Jager, including: Waiting wastes focus. Note that you can now access the complete collection of past articles (and more) from your membership dashboard.

Peter de Jager admits he lives in the future – and focuses on the changes necessary to get us there.

Are we at risk of becoming policy dinosaurs? Not on my watch.