Cities and the circular economy: Reducing waste to cut emissions

by Laura Anthony
in Environment 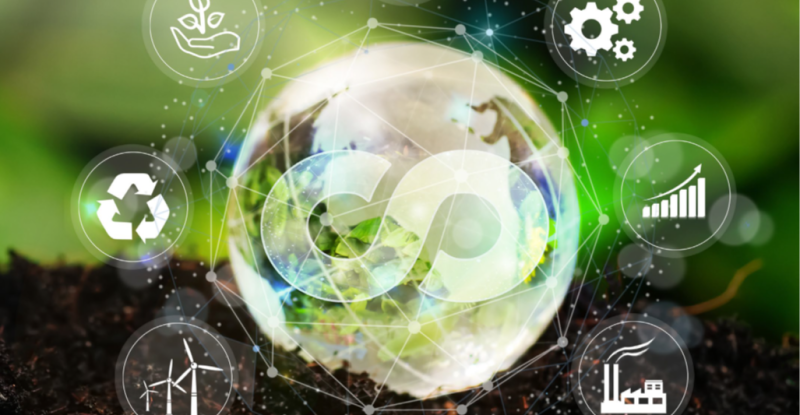 Cities are in a unique position in the fight against climate change. On the one hand, residents are more vulnerable to the impacts of extreme heat waves and flooding, and aging infrastructure is ill-suited to more extreme and common weather events. On the other, cities directly contribute to climate change by producing more than 60 percent of global greenhouse gas (GHG) emissions. One leading, but often overlooked contributor to emissions in cities is waste, which is regularly the third largest source of emissions in cities, after buildings and transportation.

As GHG emissions continue to rise, there is an imperative to explore more sustainable approaches to how we consume and produce products. Between 2002 and 2018, the amount of solid waste in Canada increased by 16 percent, to a total of 35.6 million tonnes. In Ontario, estimates suggest that existing landfill capacity will be exhausted in the next 10 to 13 years.

CSA Public Policy Centre’s latest report, Rounding the Corner: Towards a Circular Economy, explores one promising path forward: the transition from a linear to a circular economy.

Benefits of the Circular Economy

A circular economy is a regenerative economic system that changes how goods and services are designed, manufactured, and used across economic sectors. It minimizes waste and reduces GHG emissions, which improves sustainability and tackles climate change while also fostering economic growth and development. The World Economic Forum reports that the circular economy can provide up to $4.5 trillion (USD) in economic benefits by 2030.

The benefits of adopting circular approaches, however, extend beyond environmental impacts. A review of the academic literature on the circular economy found that a circular economy can be good for business: circular value chains can improve cost efficiencies, generate new revenue streams, and increase profits. Reducing the use of primary resources and shifting to renewable energy can also have a positive impact on human health due to a reduction in environmental pollution.

Despite the benefits of a circular economy, Canada has been slow to adopt circular practices. In 2020, only 6.1 percent of the economy was circular. Cities are well-positioned to explore and adopt circular practices given their responsibility for services such as transportation, waste management, and water treatment. Some Canadian municipalities are already exploring circular practices. For example, in 2021, 15 municipalities were selected to participate in the Canadian Circular Cities & Regions Initiative’s Peer-to-Peer Network to build circular economy knowledge and capacity in local government.

The City of Guelph and County of Wellington’s smart city project is a great example of local government putting circularity into practice. It involves two main initiatives to support a circular food system:

These city-led initiatives have resulted in local businesses generating more value and resources, less waste, and more effective local community-focused services due to improved cooperation across the food system.

How Municipalities Can Foster a Circular Economy

Local governments, working with provincial and federal counterparts, can foster a circular economy.

Municipalities can support the development of national and provincial circular economy roadmaps, which set out the transition plan from the linear to circular economy. They can also advise national and provincial governments on the capacity of current infrastructure (e.g., collection, sorting, and recycling facilities) and potential local barriers to the widespread adoption of circular practices.

Municipalities can also work to develop local circular economy roadmaps, like Squamish in British Columbia or York Region in Ontario. One way that municipalities can support the transition is by creating incentives for waste reduction. In many municipalities, the cost of throwing out garbage is covered by property taxes and not related to the actual amount of waste disposed.

Twenty-eight percent of solid waste generated in Canada was diverted in 2018, while the remaining 72 percent was sent for disposal. This highlights the need for improved diversion tactics. One promising tool is applying user fees or pay-as-you-throw programs that price waste directly. Diversion rates in municipalities with user-pay strategies are about 10 percent higher than those without such programs.

Cities can play a pivotal role in Canada’s journey to net-zero across a range of activities, and more effectively addressing waste through circular initiatives is one such key area. The transition from a linear to circular economy is already underway in some areas, and exploring the lessons learned in these key regions and municipalities can help scale circularity across the country and spur growth while also generating better environmental outcomes.  MW

✯ Municipal World Insider and Executive Members: You might also be interested in Paul van der Werf’s article: The circular economy as a 21st century paradigm.