Relationship with municipal partners is more important than ever: Premier Ford

Premier Doug Ford is no stranger to addressing delegates at the Association of Municipalities Ontario (AMO) conference, but due to COVID-19, it was a gathering unlike any in the more than 120-year history of the event.

Ford, along with Deputy Premier and Health Minister Christine Elliott, delivered prepared remarks to those tuning in to the virtual conference. Those remarks focused heavily on the provincial response to the pandemic, but also the working relationship between the Ontario government, AMO, and the 444 municipalities across the province.

“It has never been more important to bring out municipal leaders together and stand united because these are extraordinary times,” Ford said. “The relationship with our municipal partners is more important than ever. And now more than ever the people of Ontario expect us to work together.”

The premier outlined the $7 billion investment being made in Ontario through the Safe Restart Agreement with Ottawa. Those funds, Ford said, will go to services such as heath care, transit, childcare, and COVID-19 testing and contract tracing. In addition, up to $4 billion will support the frontline services provided by municipalities that will support shelters, food banks, public health, childcare, and transit.

“This is a great deal for Ontario and is a great deal for municipalities. We are delivering $1.6 billion as part of the first round to help you address immediate needs,” Ford said. “We will continue to consult with you to see how the next round can respond to the most urgent needs in our communities.”

With municipalities across the province struggling for cost certainty, Ford also announced the province is maintaining the $500 million envelop and structure of the Ontario Municipal Partnership Fund. This funding will help municipalities support local priorities while recognizing challenges facing northern, remote, and rural communities.

Ford also lauded the more than 528,000 jobs added in June and July, which he said has brought employment in Ontario to over 90 percent of pre-pandemic levels.

That said, and emphasizing there is “no better way to get our economy going than making critical investments in infrastructure,” Ford championed his government’s promised investment of billions of dollars in major infrastructure projects – $27 billion in hospitals over the next 10 years, $12 billion in schools, $2.6 billion in the provincial highway network this year, and $1.75 billion in long-term care homes over the next five years.

Given her portfolio, it wasn’t surprising Elliott focused her remarks on the health care aspects of the province’s pandemic response. While quick to thank AMO and municipal leaders from across Ontario for their efforts, Elliott lauded the efforts of everyday Ontarians in leading the fight against COVID-19.

Even so, she urged Ontarians to not become complacent in the face of dwindling daily case numbers.

“Each of us knows that we cannot be complacent. We can’t take anything for granted,” she said. “The best defence is, and will remain, the people of Ontario adhering to strong public health advice. We must all continue to lead by example and promote these simple, everyday actions, that have enormous impact.”

Elliott did applaud the province’s efforts in expanding COVID-19 testing as a key effort in controlling the pandemic. This has been achieved, she added, through the establishment of an integrated provincial lab network – among public heath, hospital, and community labs – that now can process more than 33,000 tests in a single day.

As a result, she added, “Ontario is now the clear leader in Canada in daily COVID-19 testing.”

That said, Elliott explained the province isn’t ignoring the possibility of subsequent COVID-19 waves and is therefore announcing Ontario will provide further stability to municipalities by investing approximately $47 million in one-time mitigation funding for public health units for both 2020 and 2021.

In addition, Ontario has also increased the funding to land ambulance service grants by five percent in 2020, 2021. This is in addition to the four percent increase announced last year.

“Of the many things COVID-19 has highlighted, one thing is abundantly clear: a strong, resilient, and high functioning public health system is critical to building healthy communities,” Elliott said.   MW

✯ Municipal World Insider and Executive Members: You might also be interested in the article: AMO celebrates municipal innovation with Peter J. Marshall Awards. Note that you can now access the complete collection of past articles (and more) from your membership dashboard. 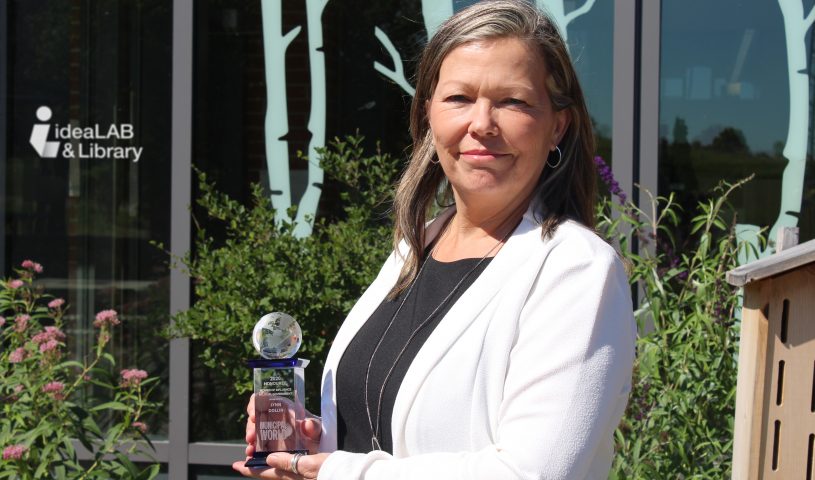