How automation continues to revolutionize the workplace 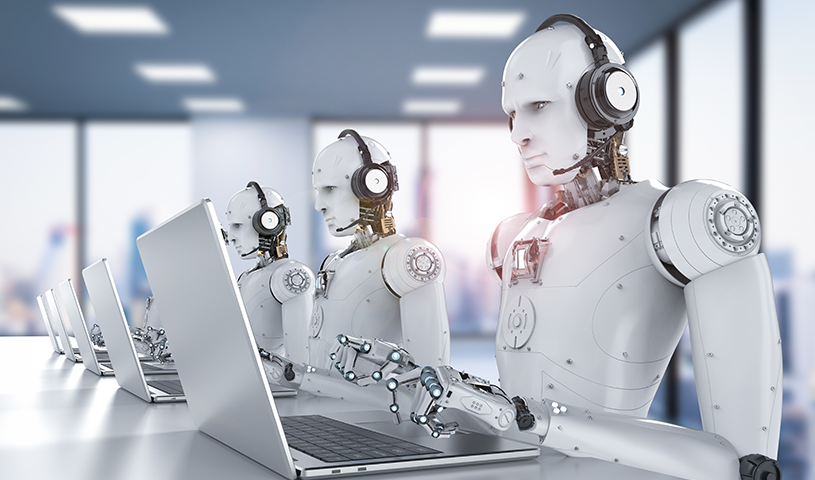 Without question, automation is revolutionizing the workplace. Robots, smart computers, and automation are eliminating jobs in many different parts of the economy. In essence, any job that involves repeating the same pattern of behaviours, whether it’s every day, week, month, or year, is in danger of being automated.

Examples of places where automation will replace humans include the clichéd example of the ultimate in bottom-end jobs: the burger flipper. Momentum Machine’s Burger Bot can produce 3,600 burgers an hour (with human help in loading the necessary ingredients) and uses less space than a human cook.

At the other end of the culinary spectrum, Moley Robotics has developed an automated kitchen that can prepare a wide range of upscale meals by mimicking the actions of a human chef.

ROSS AI, among others, has developed a computer system to perform legal research and prepare legal briefs, replacing hundreds of thousands of paralegals and entry-level lawyers. ROSS is not an acronym; the founders thought it had a warm, fuzzy ring to it. And, ROSS makes use of IBM’s Watson AI system.

Watson is being used in a wide range of applications, including to assist oncologists in tricky diagnoses. The combination of a human expert, backed by a properly trained computer AI, produces results that are better than either on their own.

The accounting and tax preparation and management professions are being revolutionized by computer systems that perform the routine aspects of their work.

Important Factors in the Automation Revolution

All told, it looks like lots and lots of people will be put out of work by automation.

Yet, this scenario fails to take into account some very important aspects of the automation revolution.

First, reality is messy, and computers aren’t very good at messy. Think, for example, of how long photocopiers have been around … yet every office has someone who everyone calls on when the copier is jammed.

Second, computers aren’t generally inventive (there are exceptions, especially with certain kinds of evolutionary algorithms in tightly defined areas). Humans can come up with new solutions to old problems that would not occur to a computer.

And third, humans are flexible, whereas computers are tied to specific tasks. You wouldn’t expect a chess-playing computer, for instance, to offer suggestions on how to diagnose cancer, cook burgers, or drive a car.

Humans and Robots, Side by Side

While automation will penetrate virtually all aspects of the working world, the result may be more emphasis on “cobots,” rather than “robots.” A cobot is a cooperative robot: it does the finicky, boring, repetitive things (or things that involve shifting through vast quantities of complex data), leaving the messy, inventive, real-world things to humans.

The results are better than either a human or a robot could achieve working on their own. And that’s what we should be working toward: cooperation between humans and computers (or robots).

We should be looking at how automation can improve municipal services, but also think about how a hybrid model of human-computer cooperation can make employees more productive – while at the same time creating more interesting and fulfilling work environments.

Inevitably, however, automation is going to have a strongly negative effect on the workforce. Workers in repetitious jobs will be replaced and, if they can’t find work that involves human strengths and skills, they may never work again. This means that the retraining of displaced workers is taking on an urgent, new importance.

Meanwhile, even if only a relatively small number of jobs are completely eliminated, the result is like a game of musical chairs: everyone still in the game is anxious about their future, with the result that they’re afraid to ask for better wages or promotions.

Making the Future Work for You

You can argue that the changes coming are wrong, unfair, or should be prohibited; but, that’s like arguing the tide shouldn’t be allowed to come in, or that whale oil producers should be protected from the emergence of electric light. Perhaps you are right – but, the future doesn’t care.

The real question is: Are you going to make the future work for you? Or, will you be steamrolled by it?  MW

A version of this article was published in Municipal World, October 2018

✯ Municipal World Insider and Executive Members: You might also be interested in the full version of this article or in Richard’s followup article: Communities of tomorrow – Part 2: The gravitational pull of big cities. Note that you can now access the complete collection of past articles (and more) from your membership dashboard.

Richard Worzel is a Chartered Financial Analyst, as well as today’s leading futurist.

Is it time to stop the unicorn races?