Inspired by the movie Sex, Lies, and Videotape, my provocatively titled article in the February 1997 issue of Municipal World began by confessing that while sex was not really the topic, the province was trying to force some strange municipal couplings. It was a response to the massive municipal amalgamations then being imposed on Ontario municipalities by the Conservative government of Mike Harris. As a result of this provincial initiative, the 815 municipalities that existed when Harris was elected in 1995 were reduced to 447 municipalities by 2001, almost 100 fewer than the number (539) that existed at Confederation in 1867. Every new amalgamation brought an announcement from the Harris government about the savings that would be achieved as a result and heralded the reduction in the number of elected local politicians as if it were a self-evident boon to mankind rather than a reduction in local democracy.

Almost none of those who studied local government believed that the forced mergers would produce savings, and this was borne out by subsequent experience.1 A 2015 analysis by the Fraser Institute,2 found that the amalgamations increased property taxes, public sector employee compensation, and long-term debt. The analysis found here wasn’t any tangible financial benefit from amalgamation. A C.D. Howe Institute report3 the following year rejected the approach of forcing the creation of “franken-municipalities” and touted increased intermunicipal cooperation and joint servicing agreements.

Return of the False Promise of Amalgamation Savings

We have a new Conservative government in Ontario and once again the spectre of municipal amalgamations is on the horizon. The government has launched a regional review, a somewhat curious title since the review covers not only seven regional government systems but one restructured county and one county that has not been part of any restructuring. According to various provincial statements, the review will look for ways to make better use of taxpayer dollars, to cut red tape and duplication, and save costs. The appropriateness of two-tier structures in all cases will be considered and amalgamations are a possibility.

Since a number of the regional governments are now almost 50 years old, a review might seem appropriate, even if any resulting amalgamations are almost certain to lead again to illusory savings. A major concern, however, is that Premier Doug Ford’s actions so far with respect to local governments have appeared to some observers as motivated by personal animosities and settling scores rather than being based on any solid evidence or thoughtful consideration.

There is no better example than his sudden announcement, during the 2018 municipal election campaign, that the size of Toronto’s council would be cut in half. There was no consultation, nor was there any study to explain or justify the change. So determined was Ford that this drastic reform had to take effect immediately that he threatened to impose the “notwithstanding clause” if his effort was blocked by the courts on Charter grounds.

Settling scores is not a basis for rational policy making, but seemed evident to some observers in Ford’s sudden decision to remove the direct election of regional chairs for the councils in York, Peel, Niagara, and Muskoka. The targets were former Liberal cabinet minister Steven Del Duca, running for chair of York Region, and ousted Conservative Party leader Patrick Brown, running for chair in Peel. Extending the direct election cancellation to Niagara and Muskoka did nothing to hide that perception. The explanation offered at the times was that the province was “taking a pause” with respect to the governing arrangements in York, Peel, Niagara, and Muskoka, but that “the more mature [emphasis added] regional governments that were in place in Durham, Halton, and Waterloo” would not be affected by this change. Since York, Niagara, and Muskoka were established before Durham, Halton, and Waterloo, one wonders why they failed to mature and on what basis this has been determined. Even more mysterious is what happened in the side-by-side regional governments of Peel and Halton (both created January 1, 1974) that caused Halton to mature while Peel did not.

Prospects for the Sequel

Movie sequels are seldom as good as the original, but one can only hope this sequel will not be as bad as the original. Of concern is the continuing fallacy that amalgamations will generate savings, and the authoritarian approach the Premier has so far exhibited in his dealings with local government. However, the fact that this sequel will involve consultations and is being “directed” by two advisors (Michael Fenn and Ken Seiling) who are extremely experienced and highly regarded gives one cause for cautious optimism.  MW

1 An explanation for why these savings didn’t materialize is found at https://richardtindal.weebly.com/richard-tindal-blog/municipal-mergers-dont-save-money.

✯ Municipal World Insider and Executive Members: You might also be interested in the prequel to this article, Sex, lies and amalgamations?, or in Doug Griffith’s article: Cooperation, regionalization, and amalgamation: Local is bigger than it used to be. Note that you can now access the complete collection of past articles (and more) from your membership dashboard.

C. Richard Tindal, Ph.D, has been teaching, researching, consulting, and writing about local government for more than 50 years. He has written or revised most of the main training programs for local government, including the Municipal Administration Program of the AMCTO, and has conducted workshops for municipal councillors in several provinces. His more recent books (with Susan Tindal) are Guide to Good Municipal Governance, published by Municipal World and Local Government in Canada (now in its 9th Edition, with Patrick Smith and Kennedy Stewart – the recently elected Mayor of Vancouver). In addition, he has written Reviving Canadian Democracy, published by Friesen Press in 2014 and is now wondering if a companion volume might be in order for our neighbours south of the border. 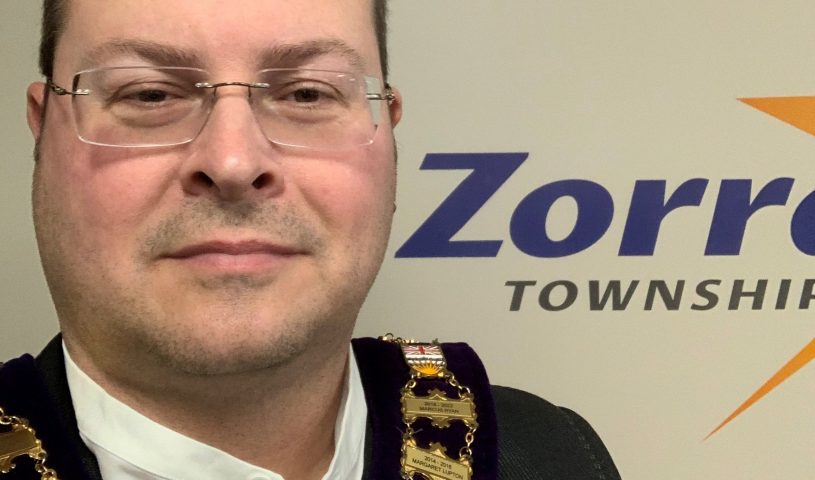