In an ideal world, public consultations engage citizens. They serve to share information, solicit constructive feedback, and help guide future decision making. The community speaks and the municipality comes away with a clear sense of public priorities and the preferred path forward.

Is that really the case, though? Are Canadians truly taking part? What do they really think about the current state of municipal public consultations and what are the barriers preventing people from taking part in a more meaningful way?

To better understand Canadians’ views on municipal public consultations, Ipsos surveyed 1,002 adult Canadians between March 3 and 8, 2017. This survey was conducted online with a sample from Ipsos’s online panel. Weighting was then employed to balance demographics to ensure that the sample’s composition reflects that of the adult population according to Census data. The precision of the online polls is measured using a credibility interval. In this case, the poll is accurate to within ±3.5 percentage points, 19 times out of 20, had all Canadian adults been polled. The credibility interval will be wider among subsets of the population. All sample surveys and polls may be subject to other sources of error – including, but not limited to, coverage error and measurement error.

So much invested yet so little return. Despite weeks or months of planning, communications circulated and materials finalized, staff prepped and ready to interact, participation rates remain dismally low. Sound familiar? You’re not alone.

Participation was marginally higher among older Canadians and those with a higher level of formal education. However, engagement never exceeded one-quarter, even in these more engaged demographic segments. Clearly, engagement is lacking.

Even those who participated in the past two years tend to avoid the in-depth, intimate consultations that many municipalities have relied on in the past. Participation is clearly strongest via a survey (87 percent total mentions), whether online (73 percent), on the telephone (46 percent), or in the mail (34 percent). That’s encouraging news for polling companies; but, dig deeper and it suggests participation pivots around methods that require the least amount of effort. Lost in that are opportunities to discuss complex ideas or facilitate group discussions. What can municipalities expect in the future?

The best predictor of future behaviour is past behaviour. Municipalities should take note of this expression when it comes to anticipating participation levels in future municipal public consultations.

Low participation rates will continue to be a challenge. Overall, Canadians express little interest in participating in a future municipal public consultation, with only nine percent saying they are “very likely” to do so. The overall likelihood (combined “very/somewhat likely” responses) of future participation is 39 percent.

Don’t anticipate changes in who opts to participate either. Forty percent of those who say they participated in a municipal public consultation in the past two years claim they are “very likely” to do so again in the future. For those who have never participated, that number drops to only four percent. In short, if you haven’t attracted them yet, don’t count on future involvement.

Public engagement is a challenge for any municipality; but, are there barriers that prevent more involvement? And, how might municipalities revise their methods to help remove those barriers for residents?

The top five reasons why Canadians might choose to not take part in a municipal public consultation are:

Another 38 percent say “I am not interested in participating in public consultations,” while 38 percent say “I am shy about expressing my opinions in a public forum.” Others are skeptical of how much influence they really have on the decision-making process, with 36 percent saying “public consultations are just for show, those who put them on rarely take into consideration the feedback received during these sessions when making decisions.” So, what measures can municipalities take to grow participation numbers?

Enhanced marketing and communications may help. Consider what times the consultations are offered and be sure that all residents are provided with fair and equal opportunities for participation. Still, logistical improvements alone likely won’t be enough.

What about those strong voices that can dominate discussions? Are there measures in place to address that? How can all residents feel comfortable in sharing their opinions? Municipalities need to manage public expectations around the purpose of the consultation. They also need to be completely transparent in how feedback will be used, including any other factors or considerations that may play a role in shaping final decisions.

Upon completing the consultation, follow-up communications that share the findings and convey next steps should be provided. Lastly, while group discussions have their place, these shouldn’t be the only avenue available for participation. Offering a variety of formats, including those that can be completed independently, will help encourage broader community participation.

The public consultation process will not get any easier, but there are ways for municipalities to strengthen their process and adapt to the evolving needs of their community. It’s up to municipalities to assess and initiate those changes that are going to have the greatest impact on their citizens. Whatever the issue on the table, to drive more inclusive, engaged community buy-in, these consultations must be accepted by front-line participants and perceived by the wider community as a truly valuable exercise for all parties involved.  MW

as published in Municipal World, July 2017

✯ Municipal World Insider and Executive Members: You might also be interested in Chris Bandak’s article: From simple measurement to meaningful data: Considering the evolution of citizen satisfaction. Note that you can now access the complete collection of past articles (and more) from your membership dashboard.

Catherine Knaus is a Director at Ipsos, one of the world’s largest independent market research companies. Catherine specializes in public affairs research with an emphasis on the municipal government sector. 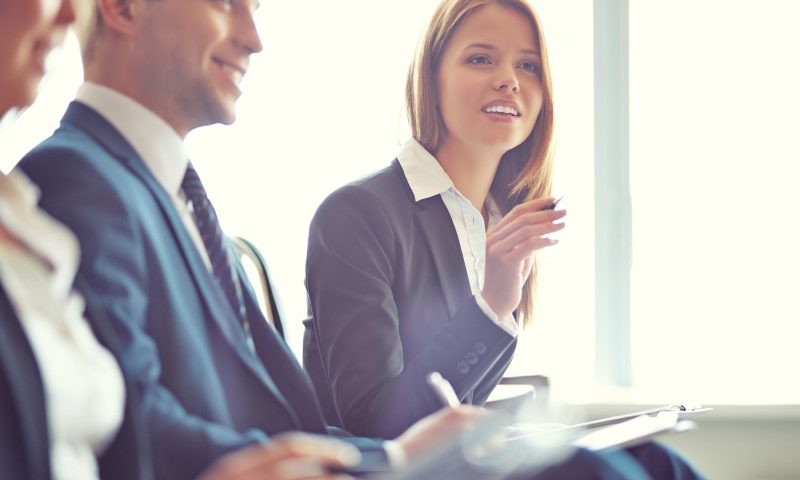