Net zero is a necessity

The IPCC released its Sixth Assessment Report titled Climate Change 2021: The Physical Science Basis last week. Every sentence of this gold-standard update to climate science has been unanimously approved by representatives from every country on Earth. And it confirms what we are seeing play out across the globe this summer: the era of catastrophic climate change has arrived.

This is a difficult report to read. There is a strong probability you will be outraged and grief-stricken and horrified after reading it. The last decade was hotter than any other period for 125,000 years and ocean acidity has surpassed anything seen in at least 2 million years. In summary, it’s been a long time since our planet has been this warm, we are closer to irreversible tipping points, and it’s going to get worse before it gets better. And the primary threat is not just temperature, but the increased frequency and intensity of extreme events and often compound events.

We are already seeing this play out in wildfires and droughts across Canada, which is warming at twice the global average. This summer has also brought flooding in Central and Northern Europe, extreme rainfall in China, a record cyclone in the Philippines, and heat waves from the Pacific Northwest to Siberia. A separate report released by Potsdam Institute for Climate Impact Research the previous week also found that the Atlantic Meridional Overturning Circulation (AMOC) is running out of steam and could bring extreme cold to Europe and parts of North America, raise sea levels along the East Coast, and disrupt seasonal monsoons that provide water to much of the world if it stops. The IPCC is quite clear that extreme events will:

In other words, we better get used to it and start acting to withstand worsening weather disasters.

Many pundits are starting to say it’s too late for us to do anything about it. But it’s too late to do anything is the new climate denial. Ideologically motivated science denial has been deadly when it comes to COVID-19 and has the potential to be worse when it comes to the climate crisis. We must fight this denialism wherever it raises its ugly head.

There is Still Time to Fix It

The actions we take in the next five years will determine what type of world we leave for our future. Fortunately, the IPCC is crystal clear on the solution: “Unless there are immediate, rapid and large-scale reductions in greenhouse gas emissions, limiting warming to close to 1.5°C or even 2°C will be beyond reach.” If we act swiftly and conclusively to transition from fossil fuels and stop the release of methane into the atmosphere, there is still a lot we can avoid. Immediate, rapid, and large-scale change is now required. Courage and solidarity are required. While the national and provincial orders must take certain actions, there is a lot of work to be done at the local level.

As a wicked problem that is unprecedented in scale and scope, climate change can feel overwhelming for many of us. It can also be a source of tremendous anxiety for others. But municipalities are used to doing heavy lifting.

With that in mind and with help from our LinkedIn community, we would like to offer the following Top 10 list to help focus ongoing actions at the municipal level.

Funding is available from FCM, Natural Resources Canada, the Canada Infrastructure Bank, as well as gas and electric utilities in some provinces. The Institute for Catastrophic Loss Reduction has helpful resources on how municipalities can adapt to wildfires as well as extreme rainfall, heat, and weather. Maintaining key municipal assets is also fiscally responsible.

Municipalities can replace lawns with native plants or food gardens on their own lands and incentivize private landowners through a Community Improvement Plan (CIP). Using groundcover as an alternative to lawns helps to restore declining bee populations while many municipalities are also brining back victory gardens to restore soil health and draw down carbon.

Benefits include immediate impacts on traffic density and possibilities for better transport outcomes where options are available. The OECD’s Environmental and Welfare Implications of Parking Policies study has great background, while Vancouver’s Climate Emergency Parking Program and Kingston’s Power of Parking paradigm are great examples to follow.

This is not expensive when using a lifecycle costing approach that incorporates traditional externalities. In fact, it is much cheaper than expanding existing road networks for motor vehicles as Copenhagen, Amsterdam, Montreal, and others can attest. Check out Share the Road and the Dutch Cycling Embassy for a wide range of resources and this Canadian costing study.

8. Electrify municipal fleets or move to RNG where practical

Protect 30 percent of your land from development and restore forest cover where it has been lost. The Canadian Urban Forest Network has local networks and helpful resources including a carbon calculator.  MW

We would like to thank Jade Schofield, Charles Hostovsky, Jeffrey Ranson, Dustin Carey, Ryan Zizzo, Tage Crooks, and Lisa Prime for their contributions to the Top10 list. 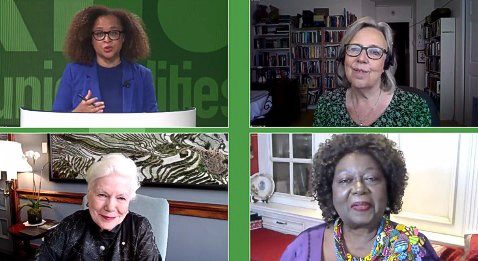