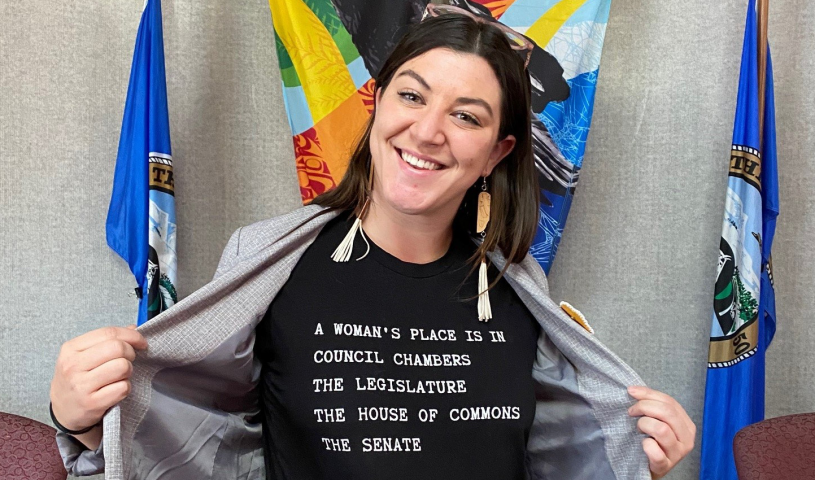 Value of collaboration: While any single community isn't going to be able to fix the problem of climate change all on their own, local governments can make choices that will work toward the goal of reducing climate emissions.

Michelle Friesen is a big believer in the importance of representation. It is why her October election as the first Indigenous councillor on Whitehorse city council in three decades is so significant. But it wasn’t actually what motivated her to put her name forward. After all, she didn’t even know about the significance of her campaign until someone told her about it.

“I actually didn’t know that when I put my name forward. I put my name forward, and then somebody had just kind of mentioned it to me. I was like that can’t be right, there’s no way,” Friesen said. “But yeah, I did a little Google search and sure enough … In fact, I’m only the second Indigenous person to ever serve on Whitehorse city council.”

Friesen’s Google search brought her to an article on Ed Schultz. Schultz was the first Indigenous person to win a seat on Whitehorse city council. Schultz won his seat in 1991, which is a somewhat ironic date as it was also the year Friesen was born.

Friesen describes herself as an “advocate for representation and diversity in leadership and politics.” As such, she is quick to acknowledge her election does put a bit of pressure on her. “There is,” she explains, “a weight on my shoulders.” After all, it is her voice that will provide council the diverse viewpoint she believes is so important.

To do that, Friesen said that she will be leaning on Elders, and speaking with the community. And while she would do that anyway, she is already getting that support back in very personal ways. One story in particular sticks out to her. Friesen recalls a recent day when somebody actually stopped her in the street. This person then delivered her the type of reminder she said she needed in that moment.

That confidence will be important as Friesen focuses her council time on her core interests. These interests include affordable housing, accessible transport, and climate change. These are all issues not only for Whitehorse, but for every community.

To some, such topics might seem to be too big for local government. Friesen would be quick to disagree with that argument. She is quick to recall the old adage that municipal government is the order closest to community. That was something she kept in mind when she was campaigning. This was true for affordable housing, and public transit. But it was especially so when addressing the issue of climate change.

While climate change can be viewed as an ambiguous topic, it is a reality to those living in the north. Last year, the City of Whitehorse declared a climate emergency. There were some youth in Whitehorse who protested loudly for council to recognize the emerging climate fight. Many of these same youth also came to the council meeting for the emergency declaration.

Friesen sees this as an important step. But there remains a lot of work to do in addressing climate change.

Friesen said that Whitehorse, for example, already has some of those goals laid out. It’s keeping those targets in mind when council is making decisions. That mind set also goes for topics such as affordable housing and accessible transport.

While she campaigned on many topics, affordable housing was top of mind. It was a key topic of conversation during her local campaign. It was also a discussion point during her territorial election run this past spring. She also heard about it often while volunteering during this year’s federal campaign.

“It’s housing, housing, housing, housing across the board. And so obviously that’s something that’s very important to our community. And it’s very important to the people here. That will be a shared priority on this council,” Friesen said. “I don’t think it’s really an issue that can be ignored anymore. We’ll have to come together as a council and do some of that strategic planning. We are finding that common ground and those common interests and having really great conversations. I’m really looking forward to what we’ll accomplish in three years.” 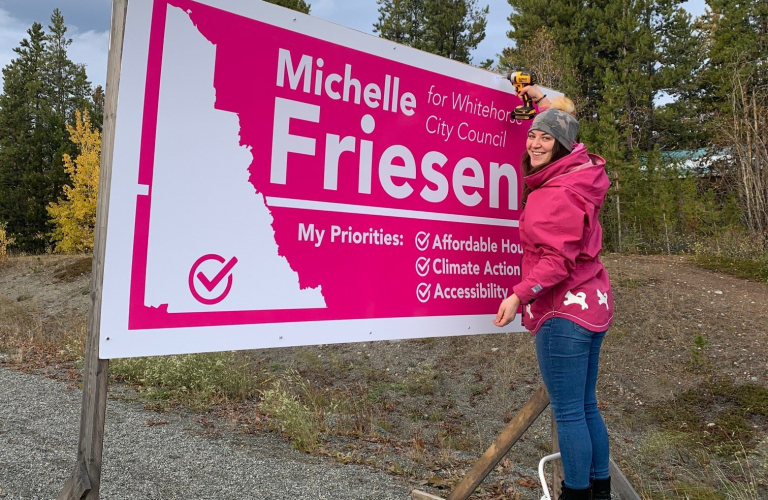 Addressing the issues: To some, topics like affordable housing, accessible transport, and climate change may seem too big for local government. Friesen is quick to disagree, recalling that municipal government is the order closest to community.

There may be no topic more important in Canadian politics today than Reconciliation. As with the climate fight, Friesen said that local governments are at the forefront of action on Reconciliation. Even so, Friesen is quick to point out that “Reconciliation is not a destination.” Instead, it is “an ongoing journey of learning, rebuilding relationships, and strengthening partnerships.”

If the goal is to move Reconciliation forward, Friesen said, then it must be at the forefront of every local government decision.

Action on Reconciliation can start with small decisions. In Whitehorse, the city has incorporated traditional language in its welcome signs. But action can shift to bigger things, too. For example, the city signed a declaration of commitment with its two local First Nations.

Whitehorse is built on the traditional land of the Kwanlin Dün First Nation and the Ta’an Kwäch’än Council, which is Friesen’s family’s First Nation. For Friesen, it’s important to continue building those relationships. But another key is following up on the Truth and Reconciliation Commission’s Calls to Action.

A lot of years and a lot of hard work and ceremony went into creating those Calls to Action, Friesen said. And so, local governments have the handbook, they know what to do. What is needed, she adds, is for solid action to be put behind them. With every action, progress is being made.

“Every step toward Reconciliation is great in my viewpoint. And having that representation on council, by taking up that space and having that voice, it will encourage other Indigenous folks, or our youth, or other women, who want to step forward,” she said. “I hope that I’m encouraging others to want to pursue politics or leadership, whatever that looks like.”  MW

✯ Municipal World Insider and Executive Members: You might also be interested in Myles Dolphin’s article: New initiative in Whitehorse focuses on Reconciliation. 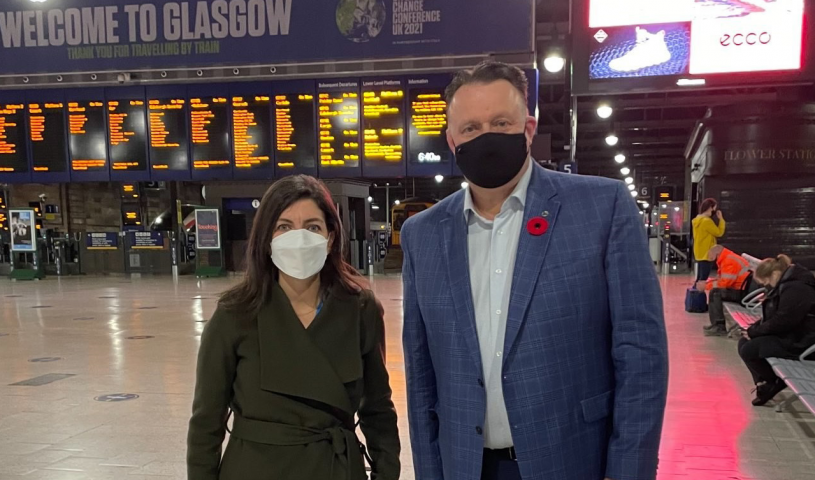 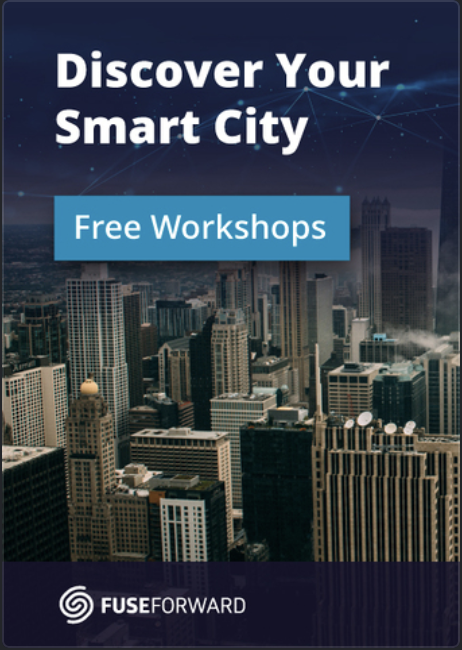 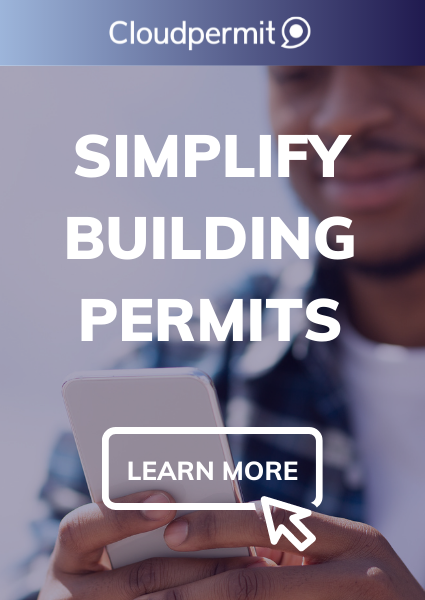 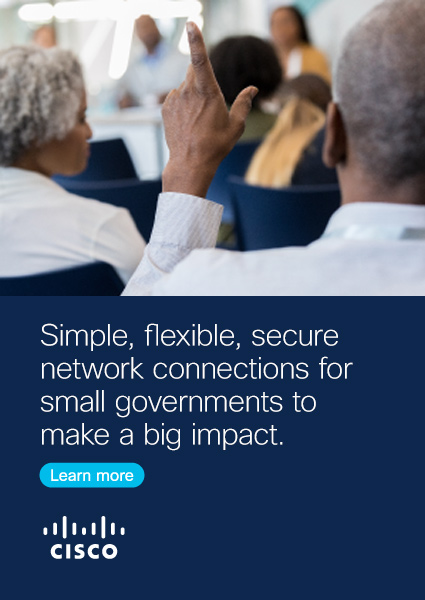 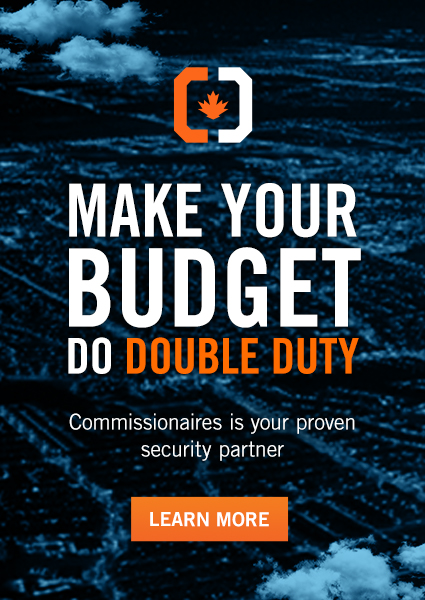 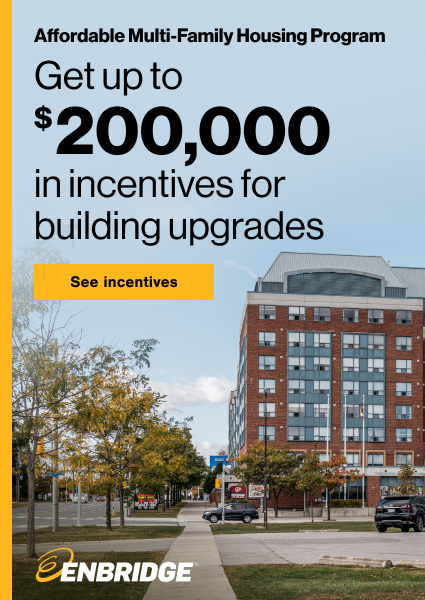