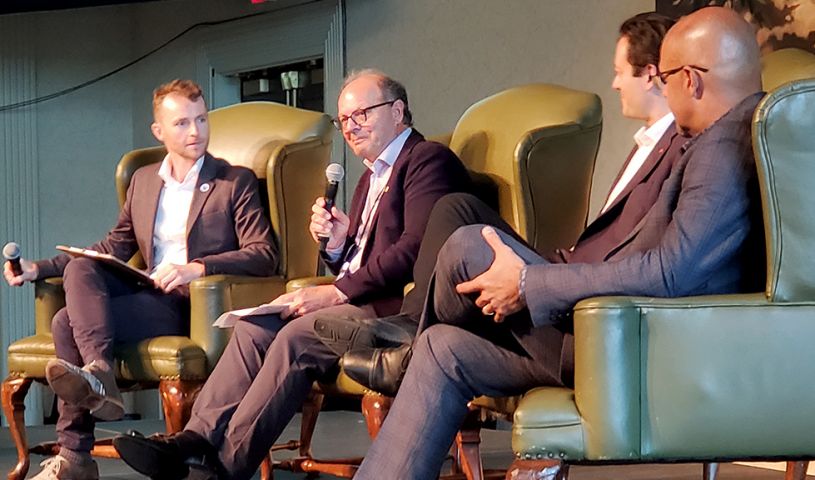 The “evolution of ideas” was the theme of the Municipal Innovators Community (MIC) 2019 Conference, providing some 190 delegates with an opportunity to discuss ways to explore innovative ideas in their own communities.

Held in the District of Muskoka, the three-day conference was driven in many ways by its MC, improv comic Jay Reid. Reid, cofounder of Guelph improv group, The Making Box, was omnipresent during the conference.

Reid introduced a variety of speakers throughout the conference, even hosting a discussion around risk and innovation with a panel of local government innovators – City of Toronto Chief of Staff Jeff Fielding, District of Muskoka CAO Michael Duben, and City of Barrie Mayor Jeff Lehman.

However, Reid kicked off the official conference by offering conference-goers their own introduction into the connection between improv and municipal innovation.

How can “yes culture” help accelerate innovation? With yes culture, Reid explained, “We’re slipping into agreement, focussed on acceptance. We are suspending judgment for a moment.

“We’re working with what is offered to us and building the next possible thing,” he added. “What we’re really doing is adopting something called a ‘Yes, And?’ mindset. Accepting what is presented to you and finding inspiration therein.”

Following Reid’s keynote, a series of workshops took place, including discussions on the process of human centered design, the value of analytics, and – in a couple different sessions – the creation of tools for greater municipal engagement and public participation.

A highlight of the event, however, was the panel discussion around risk and innovation.

The key message of the conversation shared by the three panellists was centered around the importance of innovation and how to overcome the barriers that interfere with it.

For Fielding, who served as Calgary’s city manager prior to coming to Toronto, the need for innovation is summed up his experiences helping guide a city that saw numerous ups and downs between 2010 and 2018. Included in that time was Calgary’s designation as the fastest growing city in North America in 2014 before the 2015 economic downturn that cost the city considerably.

“When you look at those types of changes, you better have some innovation to deal with the changes,” he said. “The regular types of long-term changes we were used to just wouldn’t work in that environment.”

Lehman, the lone politician on the stage, acknowledged MIC’s creation in Barrie five years ago as an explanation of why he sees innovation as so important.

“We have this reputation, wrongly by the way, as a sector as being so risk adverse. A lot of really interesting innovation in service delivery is rising up from cities,” he said. “When we look around the world at which levels of government are really leading on massive global challenges, you see cities at the forefront. As much as we get a poor name for being risk adverse, we’re not yet really built to support and champion innovation.”

Lehman also said cities must allow people “the time, space, and resources,” to fail. It can’t just be “okay,” he added, but rather, it has to be the goal.

Innovation as an Agent of Change

It was a point that Duben – after thanking delegates for visiting the district – said ultimately creates the political currency to overcome some of the risk aversion built into any political system. And, while he also doesn’t like the “we’ve always done things this way” expression, there is one he considers a much larger problem.

✯ Municipal World Insider and Executive Members: You might also be interested in Ashleigh Weeden’s article: Innovation is a four-letter word. Note that you can now access the complete collection of past articles (and more) from your membership dashboard. 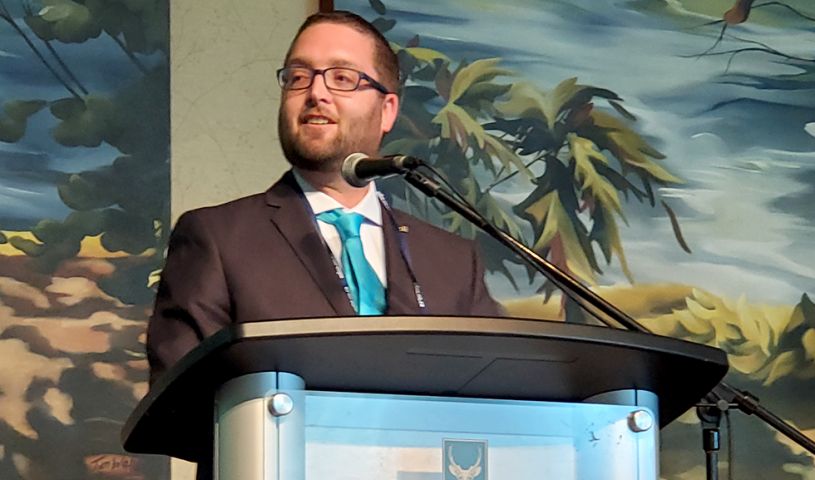