People often get involved in local government to help build up their community. But what do they do when they meet that lofty aspiration? In the case of Hamilton Mayor Fred Eisenberger, they decide it is time to try something else.

Earlier this spring, Eisenberger announced that he would not be seeking re-election. In a statement, he pointed to this being the right time to move on to the next chapter of his life. But how he came to that conclusion stems from how successful he has been these past 12 years.

Eisenberger has been at the forefront (although he would insist he did nothing alone) of a transformation in the Steel City. This includes an LRT system that is now fully funded, widespread waterfront development, concrete poverty reduction plans, and development of a downtown entertainment district.

The success of these and many other initiatives have lifted Hamilton up. The city is now where Eisenberger hoped it would be when he first stepped into city hall as an alderman in 1991.

“I guess I’m satisfied with what we’ve been able to achieve. I’ve been mayor for 12 years now. Councillor for nine years prior to that. And many of the objectives that I’ve been kind of working toward or working on are very much in play,” Eisenberger said. “Renaissance is happening right across the city. Everything we aspired to when I first started as mayor, to kind of energize in our community and bring to our community for future benefit and development, is either done or in play.”

Perhaps only partially joking, Eisenberger even questioned what a new campaign would look like. Would it be “more of the same”? Or, as was ultimately his choice, was it time to let someone else bring their energy and enthusiasm to city hall?

“On a personal level, I’m hitting my 70th year this year, and there is life after politics. I never really intended to make this a lifetime commitment,” he said. “I’ve given it everything I have for the time that I’ve been here and I’m quite pleased with the results. And now I’m going to look for other ways of contributing to our community.”

Even with so much positivity to look back on, Eisenberger is able to point out a few highlights. Some $520 million in traditional bus transit funding is one. And then of course there is Hamilton’s LRT project. The federal and provincial governments are together contributing $3.4 billion to LRT. Eisenberger is quick to celebrate “the scope and scale and the impact” LRT is going to have on Hamilton.

Eisenberger calls LRT “a game changer for our city.” The project is a driving force behind the Hamilton Renaissance, as he puts it. Whether it is through jobs, future development, or quality of life, Eisenberger said the past 12 years that have been “very well worth it.”

Not to be ignored is the city’s waterfront redevelopment. Calling it “an overnight success 25 years in the making,” Eisenberger praised the redevelopment (that will be known as Waterfront Shores) as being key for future new housing, commercial uses, and public spaces.

“There are many long-term legacy pieces. I would never call it my legacy. I would call it a community legacy that has been worked on for 25 years,” Eisenberger said. “It took multiple years to give the community at large the confidence that we can make major strategic investments in partnership with federal provincial governments, and that they’re prepared to help us do that. And all of those things are happening.”

Advice for the Political World

Given the breadth and success of his local government career, it is no surprise that Eisenberger has often been approached by people looking to enter the political realm. When he gets asked for advice, he generally reverts to what he sees as the reality of the role. If someone wants to show leadership, there are many ways of doing so.

Getting elected is not the only way. There are community organizations. There are volunteer opportunities in various parts of the community. These will all, he explained, provide people with the kind of background and taste of leadership that can work well for them in later years.

Anyone looking to be mayor, Eisenberger said, should have spent some time as a councillor, a trustee, or some higher level of engagement. This would allow them to have a “complete and fulsome” appreciation and understanding of what the mayor’s role should be. But having said that, politically, everybody starts somewhere.

“My political aspirations, or leadership aspirations, started in high school. President of student council. And then I lived in a condominium, and I fully engaged in the condominium board and became president of that. Community leadership that then built into running for council. That then built into running for mayor,” Eisenberger said. “I recommend anyone that’s aspiring to become politically active to get their leadership chops in other ways before they step into the big role.”

Having spent so much time at city hall, it is understandable that there is a lot he is going to miss from stepping away.

Eisenberger is quick to say how much he is going to miss the personal relationships he has enjoyed as mayor. That includes his colleagues on city council. But it also includes city staff, a group he is quick to laud for their support, talent, and commitment to the city. Then there is the political side of the equation. And given the push and pull of politics, it is understandable that there are two sides to this topic as well.

“What I won’t miss is this notion that is perpetuated that somehow councils are dysfunctional. I imagine there are some councils that are dysfunctional, and there are dysfunctional moments. But by and large, it has been a great place to debate share ideas, which is what you’re supposed to be doing at council,” Eisenberger said. “Sometimes it gets a little heated. My experience has been that that’s been very rare indeed. It’s always a bit of compromise. You don’t get to win; you get to move forward collectively. I’m going to miss that deeply.”

Plenty of Time for the Future

Eisenberger knew this was the right time to step away from city hall. But he is currently unsure of what the future holds.

Eisenberger admits that “some folks are calling and have thoughts and ideas,” but he is currently focused on finishing his term as mayor. Given his approach to politics, it isn’t a role he can casually walk through. And so, his focus is on fulfilling the role as mayor to the same level he has always approached it. After that, he plans to “take a little break, take a little head-clearing time.” Then, he’ll entertain some options or ideas he might have.

But when it comes to things for himself, he is far more definitive.

An avid fan of squash and tennis, Eisenberger said he will be always looking for a game. But then, his wife might have some ideas as well.

“I know my wife is interested in doing a bit more travel. It’s hard to get away as mayor. We had some opportunities, but the extended holiday is not particularly possible, or at least I didn’t feel it was,” Eisenberger said. “Hopefully we can take advantage of some of those opportunities and do a little more traveling than we’ve had in the past.”  MW 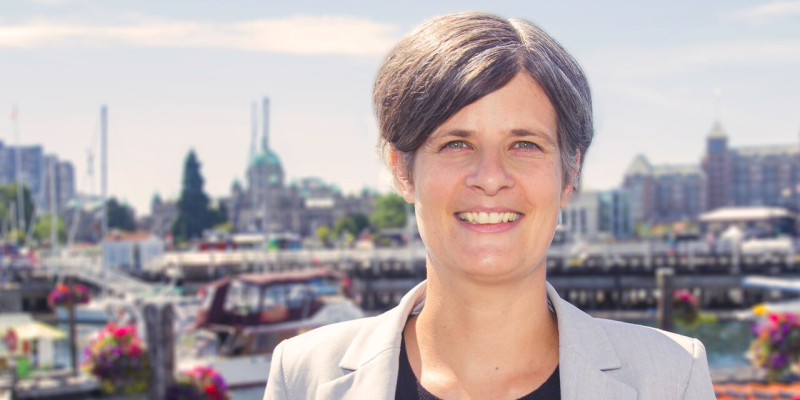