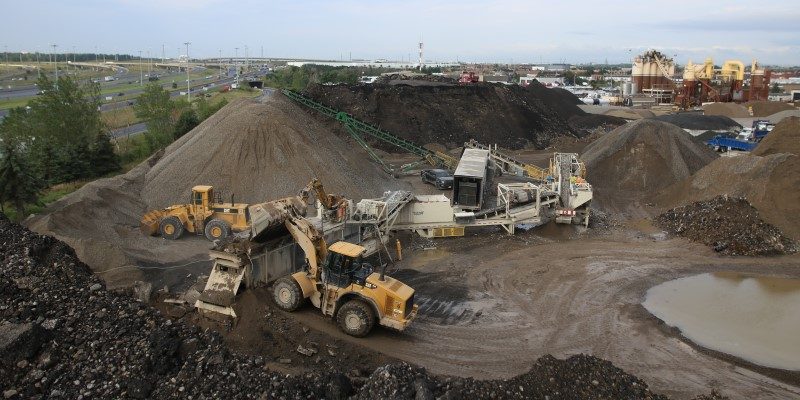 A new study finds that many municipalities in Ontario have policies that prohibit or severely limit the use of recycled asphalt and concrete in road construction and other public works.

The result? Every year, millions of tonnes of this material, which could be reused in municipal infrastructure projects, are instead being stockpiled in mountains of urban rubble or dumped in landfill.

“And that’s a terrible waste of a valuable resource,” says Rob Bradford, Executive Director of the Toronto and Area Road Builders Association (TARBA).

Voters are being urged to raise this issue with the candidates in the upcoming municipal elections, and to demand their local and regional representatives take action.

The independent research, commissioned by TARBA, identifies the municipalities that are the worst performers in recycling aggregate. These “Laggards” are: Mississauga (at the bottom of the list with a score of 4 out of 100), Oshawa (10), Peel Region (14), Durham Region (20), Niagara Region (32), Halton Region (34), Brampton (38), Windsor (40), and Kingston (40).

While there is room for improvement even among the “Leaders,” the municipalities in the “Middle Group” and especially the “Laggards” need to change their policies and practices so they support – rather than hamper – aggregate recycling.

“They should be doing a much better job, a much greener job, of recycling asphalt and concrete,” says Bradford. “They need to be part of the solution rather than part of the problem.”

Only about seven percent of the aggregate needed in Ontario now comes from recycled sources. In contrast, some European countries use up to 20 percent recycled aggregate. Ontario’s Ministry of Transportation also uses about 20 percent recycled materials in its highway construction.

The research examines the aggregate recycling policies and practices of five regional and 15 single or lower-tier municipalities in Ontario. The study was conducted in July and August 2018.

“Residents have a right to know whether their municipality is doing a good job – or not – of recycling asphalt and concrete,” says Bradford. The municipalities that declined to respond to the survey were: Guelph, Vaughan, Oakville, Brantford, and Oshawa. (TARBA was able to obtain data on Oshawa from other sources.) Waterloo Region provided only partial data.

The group plans to continue to monitor the municipalities and make similar reports in the future. “It is our hope that public awareness of this issue will bring about positive change and improved aggregate recycling in the years ahead,” says Bradford.