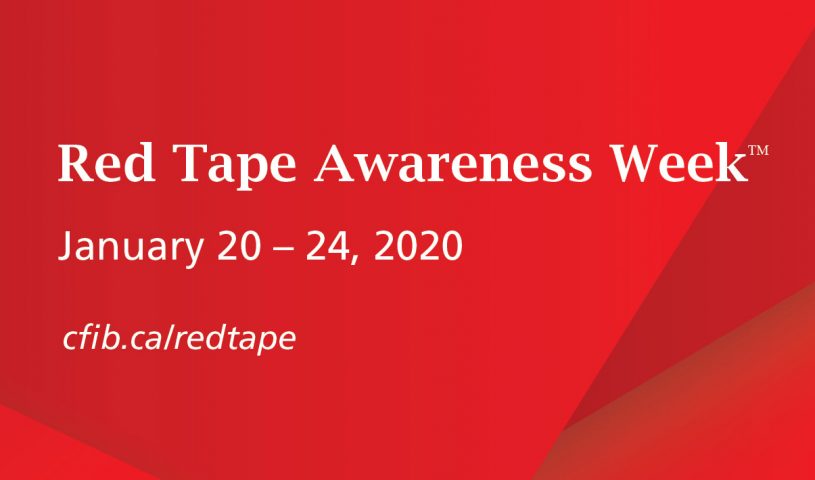 It may have taken a global pandemic to get municipal and provincial governments to tackle red tape surrounding alcohol sales and provide innovative changes to patio regulations, but they deserve a pat on the back for helping countless restaurants survive.

That is why this year, the Canadian Federation of Independent Business (CFIB) is awarding its annual Golden Scissors award for red tape reduction, part of Red Tape Awareness Week, to the governments that took steps to allow restaurants to sell alcohol with delivery and takeout, and expand outdoor dining spaces.

“Early in the pandemic, there was a real movement among governments to look at how they could support the restaurant industry despite lockdowns,” said Ryan Mallough, CFIB’s director of provincial affairs for Ontario. “Giving restaurants the ability to sell one of the highest margin items on their menu and to take greater advantage of outdoor dining for as long as possible has made the difference between permanent closure and survival for thousands of restaurants. It’s a great example of the power of cutting red tape: many of the changes cost governments nothing, but made a huge difference to struggling restaurants.”

From coast to coast provincial finance ministers, attorney generals and alcohol and gaming commissioners came together to ease the burden on shuttered dining rooms by allowing restaurants to deliver alcohol with takeout. And while most provinces allowed beer and wine with takeout or delivery orders, some went further: Alberta and Ontario also allowed mixed drinks to be sold in sealed containers.

Canada’s mayors and city councillors stepped up when it came to patio expansion. St. John’s waived construction fees and streamlined the application process for outdoor patios. Quebec City reduced permit fees from $3,300 to $50. Winnipeg eliminated the need for a temporary patio permit all together, while Victoria’s Build Back Victoria program automatically validated all temporary patios without fees or permits.

Some municipalities, like Toronto, even made changes to space heating, fire and electrical rules to allow businesses to winterize their patios and extend the season. Allowing business owners to use parking lots, sidewalk and road space provided a vital boost for the summer months.

Restaurants Have a Long Road to Recovery

CFIB research predicts that restaurants could face a grueling eight years of recovery to reach normal revenue levels at the current rate of sales increases. CFIB encourages governments that have not already done so to make these changes permanent so that restaurants can have an additional revenue source even after the pandemic.

“These actions have proven that governments at all levels are able to find new ways to be efficient and cut red tape quickly when they are motivated,” added Marley Kingston, Policy Analyst at CFIB. “We urge all governments to take the same approach to red tape this year as we look for ways to spur economic recovery.”