Imagine living in a community where:

Does it sound too good to be true? Why? Why not? Maybe it is because civil discourse has become anything but civil, and the valuation of the political process may be at an all-time low. Even local government is not immune to the public disengagement and disdain. What can be done about it and why does it matter?

Municipal government is the most accessible order of government. Elected officials have been called to a level of service that requires trust, good judgment, and informed decision making. Traditionally, citizens have relied on the representation of elected officials to ensure that community issues and priorities are reflected in municipal activities. The public voted at election time, and often that was the extent of their participation in the democratic process. However, with numerous local governments reporting poor voter turnout in civic elections, it would seem that residents are apathetic about who represents them. Not so fast. Regardless of low voter turnout, citizens still expect to participate in the political decisions that affect them and want more direct involvement in deciding local government priorities. This means that not only is greater transparency and engagement with community expected, but it is also good business practice for councils and boards.

Community engagement often makes local politicians nervous, as they are faced with the challenge of striking a balance between involving citizens in decision-making processes and carrying out their mandate to govern. However, a growing body of research has demonstrated how collaborative community engagement processes can effectively bring people with differing perspectives together to solve complex issues. Active participation of residents and government in engagement activities helps a community build a common language to enable citizens to both understand their own challenges and solve their own problems. With the relationship between communities and government tentative at best, it is crucial to develop a meaningful process where people are heard and their voices make a difference. The questions remain: why and how?

Community engagement activities are nothing new; and, when it comes to government, participation has a long and checkered history. While local governments have usually made efforts to engage the public to some degree, there seems to be a renewed interest to improve two-way communication. This has been attributed to a number of factors, including the rapid expansion of communication tools. With the ever-growing platform of information technology, access to information is inexhaustible, and the opportunity to express an opinion is prolific. Although an excess of information gives rise to the propagation of misinformation, it also provides the opportunity to create learning communities. Many local governments have failed to invest in a communications plan, a social media strategy, and the required human resources. Like other key activities such as asset management, the communication function often happens off the side of some busy person’s desk. If the old adage is true, and I believe it is, one hour spent on communications can save you countless hours of headaches. It is time for local government to accept that reality and get onboard with the commensurate resources.

Initiating a fulsome conversation with the public is not without its risks. Citizens who already mistrust government may be wary of any engagement efforts. Local government needs to be genuine in its approach and clearly interested in what the community has to say. While engagement will require skills, resources, and time, if it is planned and conducted well, it can be effective and meaningful. However, if the engagement process is seen as an application of a bureaucratic formula, it may be disempowering and do more harm than good. Community engagement must be authentic if it is to be trusted.

Successful community engagement includes information sharing, consultation, empowerment, and active involvement in decision making. It is critical to recognize that engaging citizens in decision making is not only complex, but also time consuming. With such a wide range of stakeholders, reflecting diverse needs and areas of interest, local governments must carefully consider when and how to involve the public.

As daunting and ambiguous as it can be, community engagement practices should be as varied as the community itself. The term community has often been used to imply coherence and unity. This implicit belief could undermine the diversity of real communities, which include an eclectic group of people bound firstly by geography. In the case of local government, the stakeholders are not only existing residents, businesses, and tourists, but also future ones as well. Therefore, local governments need to consider a broad range of engagement activities so that multiple voices have been considered in the decision-making process.

Effective engagement should include activities that are accommodating, adaptable, and creative. Applying a uniform strategy while ignoring the cross-section of stakeholders will, at best, fail to generate interest; at worst, it will cultivate disdain. When engagement invitations are open to all, a variety of modalities should be explored; otherwise, it is generally the wealthy, the educated, or the special interest groups who ensure their voices are heard. Community engagement is more than finding people to participate; it involves asking citizens how they want to be involved. It is especially necessary to create opportunities that are relevant to all local citizens. This not only requires innovative ideas, but also presupposes an underlying knowledge of the community itself.

Engagement is an investment of human and financial resources. Local government should be open to new and creative ways to garner the voice of the community. The challenge lies in expanding the opportunities to engage beyond the well-informed and “politically literate.” Although diversifying engagement mediums and venues can be onerous, time consuming, and resource intensive, it is far less intimidating for the public than attending formal meetings. Creating space for innovative ideas is vital to changing the current path that government has traditionally taken: waiting for people to come to them.

Trust plays a vital role in leadership credibility. Without trust, there is no engagement. When it comes to government, trust starts with a genuine desire to listen instead of a veiled attempt to fulfill a responsibility.

However, it is critical to be mindful that engagement creates an expectation. This can be mitigated by being realistic and candid about addressing expectations at the outset. Trust can be destroyed if nothing ever changes as a result of citizen participation. Citizens need to feel that their time and effort is considered worthwhile. Government-led community engagement processes need to reflect back how input was used or it may be seen as legitimizing already made decisions. Participation is not meant to ratify a desired result by the experts, but a sincere willingness to broaden one’s views.

Trust can grow when disagreement is welcomed. There is a delicate balance between not only bringing people together and creating a process that builds inclusion, but also in making room for dissent as well. It is important to welcome differences in values and opinions in building trust.

Community engagement means not only sharing responsibility, it also means sharing power. It cannot be seen to be an empty ritual. Citizens expect their input to have influence if they are to participate. Governments must be prepared to share the power of decision making with their residents. Local government should consider the conceptual model of community engagement from the Public Participation Spectrum (International Association for Public Participation, 2007). This model outlines the various levels of public participation and empowerment over decision making, ranging from inform, consult, involve, collaborate, to empower.

However, because meaningful community engagement activities are costly and time consuming, the level of effort should be commensurate with the decision itself. When it comes to community engagement and collaborative consultation, a range of participatory options that are flexible and responsive to the complexities of the challenges should be made available. Local government would be wise to agree on a level of engagement and communicate the amount of control they are willing to share. Although governments are unlikely to abandon their decision-making authority for “consensus politics,” local governments can and should work to build the capacity of citizens not only to understand the complex information involving community challenges, but also to participate on a healthy and informed community conversation over the future of their community.

When it comes to community engagement, “success depends on your backbone, not on your wishbone!” Citizens want to have a say in the decisions that affect their lives. Even if they disagree with the decisions, they are more likely to support those decisions over the long term if they feel they have been heard. The relationship between citizens and government should be recognized as a shared responsibility.
Ideally, meaningful community engagement would normalize the importance of a reciprocal relationship. Building capacity through engagement and information sharing fosters trust between citizens and local government. By engaging one another in collaborative practice, there is an opportunity to recognize the common goal we all share: building healthy, vibrant, and prosperous communities.  MW

Christina Benty, M.A. is a former mayor who uses her superpower to turn any conversation into one about asset management. She is owner of Strategic Leadership Solutions, a consulting firm designed to assist teams in building a culture of excellence in leadership and governance. Her TED Talk on Leadership is available at <www.youtube.com/watch?v=VmDN0PLHZHk>.

as published in Municipal World, August 2017 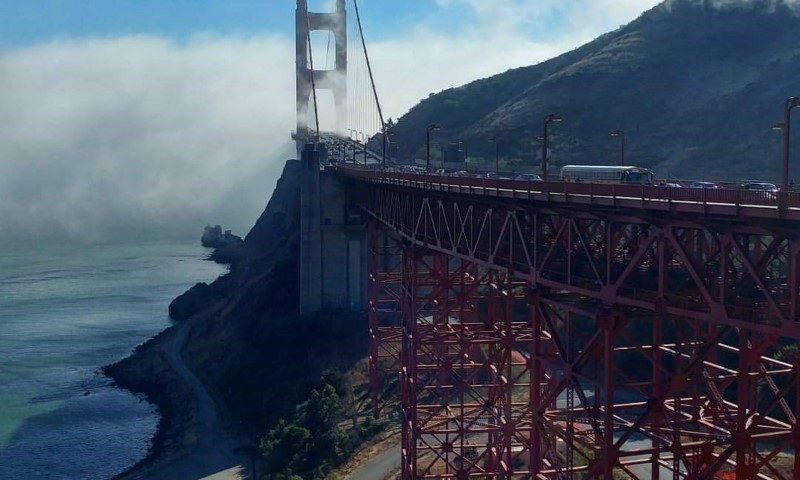