There are few words more powerful in Canada right now than “reconciliation.” There are also few words more challenging. Thanks to the work of people like Senator Murray Sinclair, the terrible injustices committed against First Nations, Inuit, and Métis peoples are a part of the Canadian consciousness like never before.

Moving from awareness to action will be a long and difficult journey. But, in cities and communities across the country, municipal leaders have already begun to play a key leadership role. Working in partnership with Indigenous leaders and organizations, mayors and councils are learning from one of Canada’s darkest and most painful chapters to better ensure the rights and aspirations of this country’s growing Indigenous population.

The results are stronger, more inclusive communities – and some critical first steps on the path to true national reconciliation.

More than 60 percent of Indigenous people live in Canada’s municipalities. In cities like Vancouver, Winnipeg, and Halifax – and in smaller regional hubs like Sioux Lookout in Northwest Ontario – the modern legacy of Canada’s Indian Residential Schools continues to play out in the form of disproportionately high Indigenous poverty rates, racism, violence, and intergenerational trauma. It’s simply not possible to build the kinds of communities we want – or the country we want – until we address the underlying causes of these persistent inequalities.

That’s why municipal leaders were so inspired by the Truth and Reconciliation Commission (TRC). The commission’s work has profoundly affected many mayors and councillors, sparking significant changes in how they understand the issues and relationships with First Nations, Inuit, and Métis peoples. This has led to a growing movement for reconciliation at the community level. From coast to coast to coast, municipal leaders have already begun to honour the TRC’s 94 Calls to Action, forging a new relationship with Indigenous peoples based on empathy, understanding, and respect.

The City of Edmonton has committed to train more than 10,000 city employees on the history and impact of residential schools by next year. Not only that, Mayor Don Iveson now opens council meetings with a treaty acknowledgment. In both Toronto and Vancouver, city council has officially endorsed the United Nations Declaration on the Rights of Indigenous Peoples.

Advancing the Cause at a National Level

These are just some of the local actions highlighted by the Federation of Canadian Municipalities in its Pathways to Reconciliation. Released last September, this guide outlines the concrete steps municipalities are taking to respond to the TRC’s historic Calls to Action – from fostering community alliances and recognizing Indigenous rights to improving the health and wellness of Indigenous peoples. It’s an inspiring read and a blueprint for further action.

As the national voice for Canada’s local governments, FCM continues to make reconciliation a priority in our outreach to the federal government. In September, I wrote to Carolyn Bennett, the Minister of Indigenous and Northern Affairs, to offer the municipal perspective on her government’s Urban Aboriginal Strategy. FCM urged Minister Bennett to increase funding for local Indigenous organizations so they can provide timely, culturally-appropriate services. We also urged her government to invest significantly in affordable housing to tackle the disturbing rates of homelessness among Indigenous peoples living in cities. And, we asked that the minister ensure her government takes into account the unique needs of Indigenous peoples living in smaller communities – including rural and northern areas.

FCM welcomed the federal government’s announcement of a National Inquiry into Missing and Murdered Indigenous Women and Girls. This is something municipal leaders called for overwhelmingly at FCM’s Annual Conference in Edmonton two years ago. Last year, at our conference in Winnipeg, local leaders came together once again to call on the federal government to declare September 30 as National Orange Shirt Day to honour residential school survivors, their families, and communities. FCM’s board of directors has been very vocal as well in urging our federal partners to implement the TRC’s Calls to Action. Municipal leaders across the country stand ready to work in partnership to rebuild the nation-to-nation relationship as the heart of reconciliation. In fact, FCM’s Big City Mayors’ Caucus has established a reconciliation working group to help do just that.

As the impact of the TRC continues to resonate across the country, what’s become clear is that tearing down old divisions can have incredible benefits for both Indigenous and non-Indigenous communities. FCM’s First Nations-Municipal Community Economic Development Initiative (CEDI) works with the Council for the Advancement of Native Development Officers to help municipalities and neighbouring First Nations create joint economic development and land management partnerships. These partnerships are creating jobs, improving services, and forging new community bonds.

Nowhere is this more evident than in northern Manitoba, where the Town of The Pas, the Rural Municipality of Kelsey, and the Opaskwayak Cree Nation came together through CEDI three years ago to sign a Friendship Accord. Together, they’ve formed a tri-council to work in collaboration on common infrastructure and land use challenges. They’ve even launched a website to help attract new investments to the region. This growing relationship is a powerful example of reconciliation in action.

The theme of collaboration is also central to another FCM initiative, the Community Infrastructure Partnership Project (CIPP). Funded by Indigenous and Northern Affairs Canada, CIPP provides First Nation-municipal partnerships with the tools they need to tackle common challenges together. In December, six partnerships were chosen to jointly develop solid waste management service agreements that will encourage local sustainability.

A Change in Approach

These steps unfolding in cities and communities are just the beginning. National reconciliation, after all, isn’t just a series of actions – it’s a change in approach. At FCM, we’ve made important strides in convincing federal, provincial, and territorial governments that Canada is better off when municipal leaders have a seat at the decision-making table. What the TRC showed us is that the future of this country can no longer be shaped without Indigenous leaders at the table as well. True reconciliation will only occur at a four-cornered table, where everyone who calls Canada home can move forward together.

After the TRC, it can no longer be business as usual. We need a new direction – one that involves an honest retelling of our history. One that embraces dignity, prosperity, and opportunity for Indigenous peoples and cultures. Municipal leaders will continue to do their part. Because only by shining a light on our dark past can we ensure a brighter future for all of Canada’s children.  MW

CLARK SOMERVILLE is President of the Federation of Canadian Municipalities – Canada’s national voice for local governments. He is also a town and regional councillor in the Town of Halton Hills and Halton Region, Ontario.

as published in Municipal World, April 2017 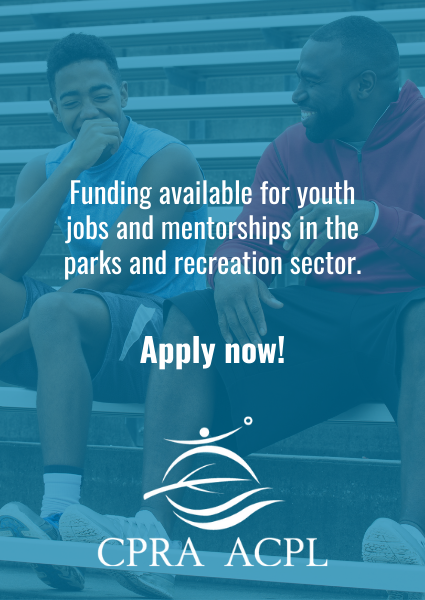