Greenbelt top of mind at ROMA

Ontario’s Greenbelt was not on the agenda at Rural Ontario Municipalities Association (ROMA) annual conference in Toronto on Jan. 23, but it might as well have been.

Bill 23, the omnibus legislation that opens up parts of the Greenbelt to development, has already been passed and proclaimed into law and is now formally known as the More Homes Built Faster Act, 2022.

Protestors demanding the repeal of Bill 23 rallied on the sidewalk outside the downtown Toronto hotel where more than 1,500 attendees gathered for the ROMA conference. But opposition was not only expressed by protesters outside.

Inside the conference, Mike Marcolongo of the Wellington Water Watchers, a Guelph-based non-profit, was handing out large anti-Bill 23 stickers to delegates entering a plenary hall.

“Send them a message,” said Marcolongo, a registered attendee at ROMA, as he passed out the stickers.

Stacey LaForme, Chief of the Mississaugas of the Credit First Nation, the first featured speaker of the conference, said the Greenbelt as originally conceived was “not perfect, but we need it.”

He recalled reaching out to the Greenbelt Foundation regarding Bill 23, asking if they have any Indigenous partners on the issue.

LaForme said the approach to Bill 23 for now will be to see what develops as a result of separate investigations by the provincial Auditor General and Integrity Commissioner who are looking into land transactions in the Greenbelt, which reportedly happened in advance of the introduction of the bill in the legislature.

“We’re not happy with Bill 23,” said LaForme. “But we want to keep it respectful.”

Robin Jones, ROMA chair, welcomed delegates, saying Bill 23 is one of eight main policy highlights for the association. The others are infrastructure, climate change and the environment, property reassessment, railways’ responsibilities under the Drainage Act, public health, broadband, and waster diversion.

ROMA’s position is that Bill 23 will be a barrier for municipalities as they seek to responsibly plan and manage growth. Also, Bill 23 does not take into account the need for public infrastructure investments needed to support growth.

Jones said ROMA’s approach is to work with the government to address its concerns.

“Housing is a social and economic crisis,” Jones said. “This requires people to stop finger pointing and work together. Ontarians expect us to.”

Premier Doug Ford, in a keynote speech, did not mention the Greenbelt but underlined his government’s intention to solve the housing crisis by causing 1.5 million new homes to be built within the coming decade.

“It is simple economics,” said Ford. “It is supply and demand.”

Ford brushed aside concerns about Bill 23.

“You just can’t keep saying, ‘Not in my backyard’,” he said. “Where are we going to put these people?”

Marit Stiles, incoming Ontario NDP leader, in a speech to the convention said bluntly that Bill 23 must be repealed.

“With Bill 23, this government has shown that it will act unilaterally and without consultation,” said Stiles, who is expected to be confirmed as NDP leader on February 4.

“What we don’t need is urban sprawl over precious farmland that is supposed to feed future generations and we don’t need to take a bulldozer to the Greenbelt.” MW

✯ Municipal World Insider and Executive Members: You might also be interested in Greg’s other article: Municipalities driving the news agenda. 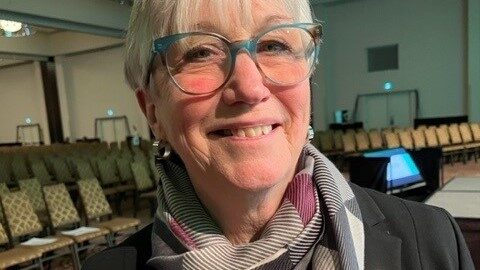